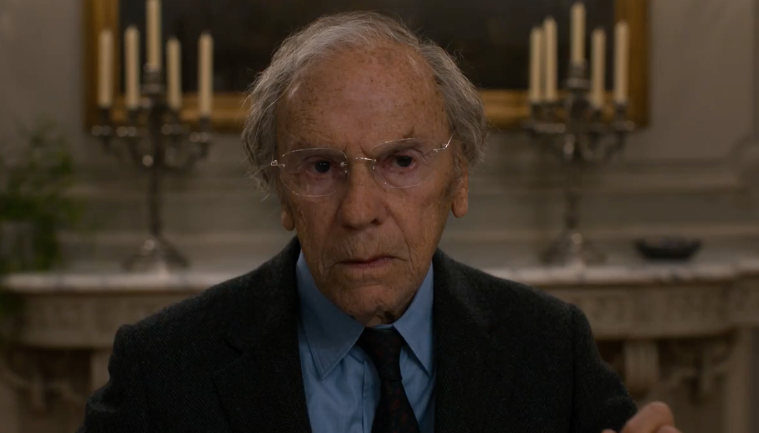 The Cannes Film Festival starts this week, which means it’s time for a slew of out-of-context film clips to begin filtering out into the web. Like this clip from Michael Haneke’s Happy End, for instance, featuring Isabelle Huppert, Jean-Louis Trintignant, Mathieu Kassovitz, Fantine Harduin, Franz Rogowski and Laura Verlinden engaged in a not-so-light dinner conversation.

Happy End is Haneke’s follow-up to his 2012 Amour, which also featured Huppert and Trintignant. While only an element of the plot and not the main focus, the film will touch on the migrant crisis in Europe. “The film is a portrait of a very wealthy family running this big company in Calais, not far from the camp where the migrants are. And it says a lot about how in our lives, in our privileged world, we are too often deaf and blind to the harsh reality of the world — about the privileged world,” Huppert, who previously worked with Haneke on The Piano Teacher and Time of the Wolf, told THR. “We all know about the negative power of images, of those circulating on the Internet, about how images can be used to say very horrible things but I think fiction, films like these also have a role to play, if we are to understand what is happening, and understand ourselves.”

Keeping Haneke’s other filmography in mind, odds are good the title Happy Ending isn’t to be taken literally. Happy End will premiere at Cannes on May 22. No U.S. release date has been announced yet, but Sony Pictures Classic has acquired North American rights. Check out the clip below, and we’ll add a subtitled version when available.