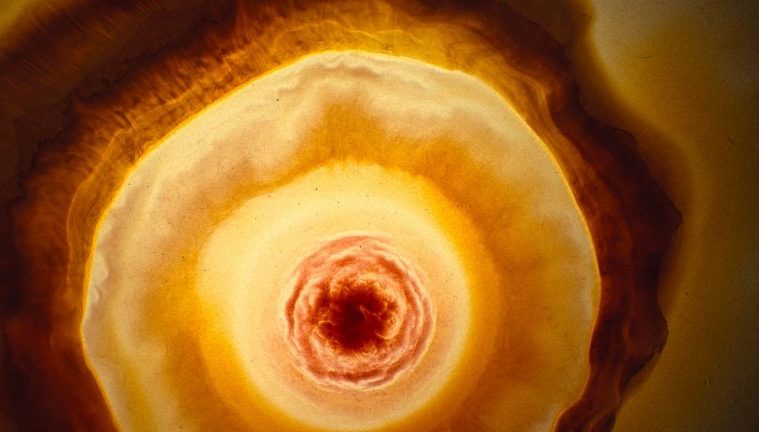 Tomorrow, Terrence Malick will finally debut his long-gestating documentary Voyage of Time: Life’s Journey — the 90-minute cut, narrated by Cate Blanchett, featuring voice-over that is “more searching and poignant, an urgent inquiry from a child of earth to the mother of all” — at the Venice International Film Festival. The 40-minute version, Voyage of Time: The IMAX Experience, featuring “more awestruck and explanatory” narration by Brad Pitt, will hit IMAX screens on October 7. We’ve now got more details on when audiences will be able to see both in theatrical release, as well as the first two clips from Life’s Journey.

Because IMAX documentaries have done “around 80% of their business in the United States,” according to Variety, this 40-minute version will play domestically and then, in about six months, we’ll get the 35mm, feature-length version. The distribution routes “will flip” in other countries, with Australia and France getting Life’s Journey in December, and Japan getting it in January.

“We hope that people who will go to the feature-length version because it’s Terrence Malick, because of its subject matter and also because of its cinematic and artistic creative vision, delivered by a very distinct filmmaker who has a lot to say about it,” says Sophisticated Films’ Sophokles Tasioulis says, whose Berlin-based company is a producer on the films. So, if you’re headed to TIFF, the ticket for Voyage of Time: Life’s Journey will be a special one: you (otherwise) won’t get to see the film in North America until 2017, around the time we expect Malick’s Austin-set drama Weightless to also premiere.

To help with the wait, explore the making of the films here and see the first two clips from Voyage of Time: Life’s Journey below ahead of our review this week.

Voyage of Time: The IMAX Experience opens on October 7, and after Venice and TIFF premiere, Voyage of Time: Life’s Journey will be released sometime in 2017 in the United States.