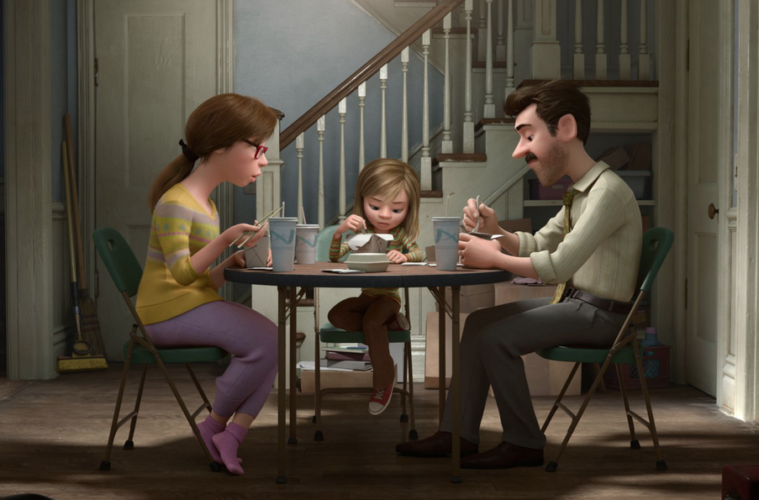 The extent to which Pixar touts a focus on originality and creativity — or “originality” and “creativity” through whatever means they measure those two qualities — makes it easy to forget their extensive history of reference points. Because you (probably, hopefully) don’t have enough time to go through every title and parse the finer points, allow a video essay from Jorge Luengo Ruiz to break down a significant number of them. In ranging from the obvious — he left this note: “I don’t have include A Bugs’s Life because it is a special case. Whole the plot is a tribute to Kurosawa’s Seven Samurai” — to the rather clever to those I might not cite as specific callbacks (Fargo? Scarface? The Apartment? The Red Balloon?), this melange creates one of the more interesting bits of Pixar-related work I’ve seen in some time.

Of interest, too, is a nifty bit of editing work from Jordan Hanzon, a University of Utah student who’s created Inside Out: Outside Edition, a fifteen-minute reworking of Pixar’s latest that is… exactly what its title would imply. Pair it with a brief making-of video from EW — to whom director Pete Docter said, on the topic of a sequel, ““[We’ll] explore it and see what happens” — to gain further appreciation of how much this company can accomplish. [Laughing Squid]

They can be seen below: