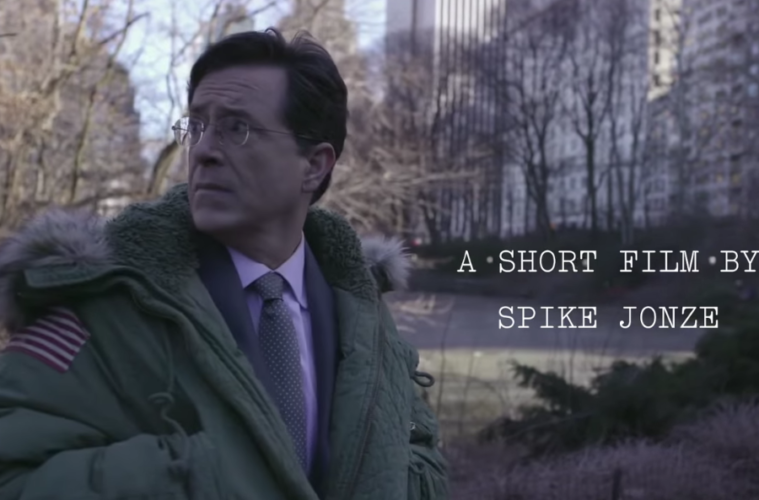 Fans of Her, Adaptation, Being John Malkovich, and Where the Wild Things were likely disappointed to hear earlier this year that Spike Jonze has no new plans to direct a feature film. Instead, he’s putting his time into launching the TV channel Viceland, which debuts today and one can see some free episodes from here. So, even though we aren’t getting a new feature any time soon, we do have a new short from the director.

Ahead of appearing on The Late Show with Stephen Colbert last night, he went ahead and shot a short film for the show last Friday, which acts as an opening. Featuring music from Colbert’s band, led by Jon Batiste, and a cameo from a familiar face, it has the humanistic touch one might expect from the Jonze. Hopefully not the last time it’ll be an opening for the show, check it out below, along with Colbert’s interview with the director.