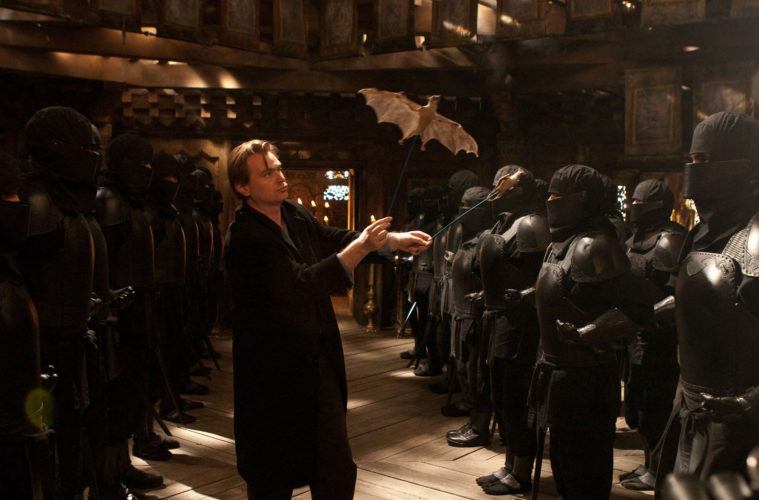 Released 10 years ago today, Christopher Nolan‘s Batman Begins ushered in a new era of not only superhero films, but a tone and style would be felt, for better or worse, on a multitude of future studio tentpoles. With a more grounded approach in taking on Bruce Wayne’s story, it supplanted Nolan as a major Hollywood director and gave him the cachet to complete his trilogy, not to mention his original projects along the way.

“It came to me in a very interesting way, which was my agent, Dan Aloni, called and said, “It seems unlikely you’d be interested in this, but Warners is sort of casting around for what they would do with Batman,'” Nolan told THR earlier this year, speaking about how it came about. “It had reached the end of its last sort of life, if you’d like. And at the time, nobody used the term “reboot” — that didn’t exist — so it was really a question of, “What would you do with this?” I said, “Well, actually, that is something I’m interested in,” because one of the great films that I am very influenced by that we haven’t talked about was Dick Donner’s Superman — 1978, that came out. It made a huge impression on me. I can remember the trailers for it, I can remember about Superman the movie, all of that. And it was very clear to me that however brilliant — and it was very brilliant — Tim Burton’s take on Batman was in 1989, and it was obviously a worldwide smash, it wasn’t that sort of origin story, it wasn’t that real-world kind of epic movie; it was very Tim Burton, a very idiosyncratic, gothic kind of masterpiece.”

He added, “But it left this interesting gap in pop-culture, which is you know, you had Superman in 1978, but they never did the sort of 1978 Batman, where you see the origin story, where the world is pretty much the world we live in but there’s this extraordinary figure there, which is what worked so well in Dick Donner’s Superman film. And so I was able to get in the studio and say, “Well, that’s what I would do with it.” I don’t even know who was first banging around the term “reboot” or whatever, but it was after Batman Begins, so we didn’t have any kind of reference for that idea of kind of resetting a franchise. It was more a thing of, “Nobody’s ever made this origin story in this way and treated it as a piece of action filmmaking, a sort of contemporary action blockbuster.”

Speaking about his approach, he said, “What I loved about Superman was the way New York felt like New York, or rather Metropolis felt like New York. Metropolis felt like a city you could recognize — and then there was this guy flying through the streets. “That’s amazing, so let’s do that for Batman, and let’s start by putting together an amazing cast,” which is what they had done with that film, but which I hadn’t seen done since — they had everybody from [Marlon Brando] to Glenn Ford, playing Superman’s dad, you know, it was an incredible cast. So we started putting together this amazing cast based around Christian [Bale], who seemed perfect for Batman, but bringing him Sir Michael Caine and Gary Oldman and Morgan Freeman and Tom Wilkinson. It was just incredible.”

To celebrate its 10th anniversary, we’ve dug up the feature-length documentary culled together from special features on the Blu-ray, which dives into virtually every aspect of the development, production, and release. Featuring interviews with Nolan, the cast, producers, and more, check it out in full below.

What did you think of the documentary? What was your experience seeing Batman Begins?