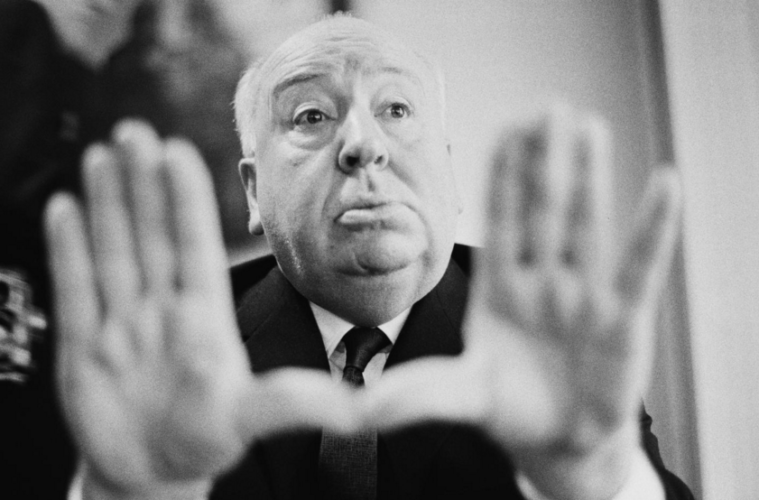 One of the most iconic and revered filmmakers in cinema history, Alfred Hitchcock’s importance to the medium has led to a lengthy amount of material on the man and both his public and private life, with no end of books, articles, films and documentaries. Today we now have a few more materials to gain a better insight into his directing process.

First up we have a 55-minute documentary from 2003 titled Living Famously, which paints a three-dimensional portrait of the man who’s understanding and grasp of human fear allowed for him to make some of the best suspense thrillers, murder mysteries and horror films of the twentieth century. Before walking through his career, the film introduces how this legendary figure of filmmaking got his start: “The movies provided excitement and escape for an overweight loner with a boring clerical job,” to put it bluntly.

Featuring a range of interviewees, it uses film historians and Hitchcock biographers to Hitch’s co-workers and even his daughter, who each give completely different accounts of what seems to be a very complex person. To sum it up, Hitchcock biographer Donald Spoto says at the end, “He was neither an angel or the devil. The people who say he was the most sweet and generous man are naïve and the people who say he was a monster are also naïve. He had a wide sadistic streak that was always at war with the most gentle and childish plea for love and acceptance. The little fat boy was always just that.”

Along with the documentary, we also have a 1.5-hour masterclass conducted by in 1976, which takes a more personal, deep dive into his process from the Master of Suspense himself. A few years prior to that, in 1969, he also stopped by the National Film Theatre in London for a briefer talk. Following that, we have a video essay on Hitchcock’s fantastic use of close-ups across his career, and a behind-the-scenes moment from one of his last films, the underseen Frenzy. So, before you revisit one of his classics, enjoy this step back into his career below.