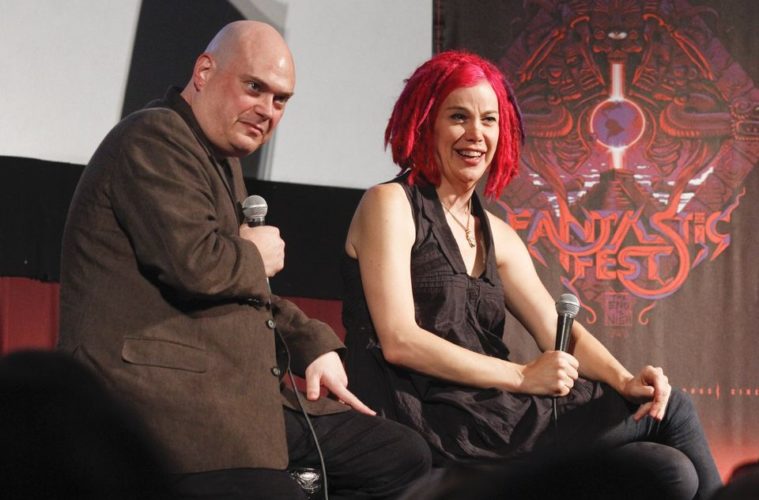 We haven’t seen a single frame of footage, much less an official still, but when it comes to one of next summer’s tentpoles, we’re already getting ready to reserve our ticket. No matter how the final product turns out, a production from Wachowski siblings means to expect the unexpected — a rare notion in the summer line-up — and today brings a few new details on their next sci-fi epic, Jupiter Ascending.

Andy and Lana Wachowski recently revealed that they are hard at work in post-production on the film, led by Channing Tatum and Mila Kunis, and while the visual effects are “way more complicated” than last year’s ambitious Cloud Atlas, the editing is going smoother, as one might expect. As we know, the film takes place in a near future where humans aren’t as evolved as powerful beings across the universe (with Tatum playing a hybrid of a wolf and an albino) and a woman (Kunis) becomes an assassination target by the queen of the universe.

However, less has been discussed regarding the tone of the film, but Lana Wachowski opened up, saying, “It’s a science-fiction space opera. It has a lot of things from a lot of genres that we love. It’s got a lot of original action, it’s got a lot of romance.” She goes on to say,  “We seem not to be very good at making small things. We keep saying ‘Let’s go make a small movie.’ But then they always end up being enormously complex. We want to somehow always find something that is different or that no one has tried.”

Before we see the results this July, the Wachowskis will actually begin work on their next project, Sense8, a sci-fi series Netflix picked up for a likely 2015 debut. Following these two projects, however, it may be awhile before we see their next work, as Lana Wachowski exclaims, “Then we’re going to take a sabbatical.” [AP]

Are you looking forward to a mix of genres for Jupiter Ascending?