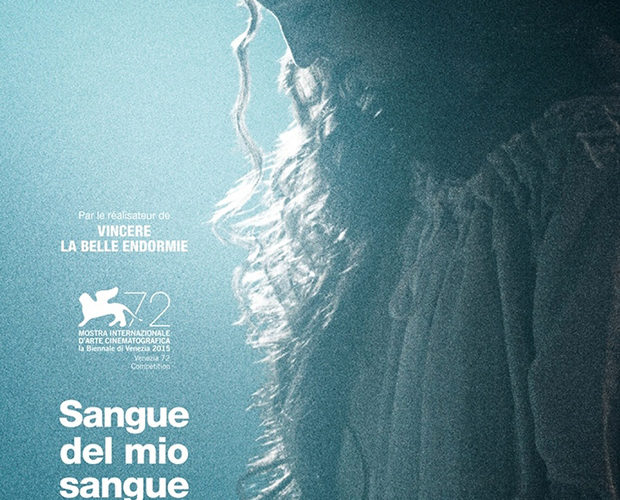 [Venice Review] Blood of My Blood

The town of Bobbio, in central Italy, often recurs in Marco Bellocchio’s history, in the same way that the 17th-century episode of the ‘nun of Monza’ (whose affair with a Count led to the birth of a daughter and the death of several people in a morbid cover-up) will always have its place in Italian literature and the country’s shared consciousness. In Blood of My Blood, the two are put together in what amounts to an enigmatic, messy little tale awkwardly split down the middle. All you can see are broken shards on the floor, but boy, are they fascinating to look at.

The film starts by reworking the story of the nun of Monza in Bobbio’s Santa Chiara convent, where young nun Benedetta (Lidiya Liberman) is found to have been involved with a priest and – allegedly with the help of the devil – pushed him to commit suicide. We arrive on the scene following Federico Mai (Pier Giorgio Bellocchio), the dead priest’s twin brother, a man of arms with a clear purpose: get Benedetta to confess her sins so that his brother can be rehabilitated.

The convent’s top brass, meanwhile, are already hard at work in trying to extract a confession from the girl. Medieval trials, cheap good-cop/bad-cop tactics and intense shouting are all deployed, even involving Federico himself – which results in him falling under Benedetta’s spell.

Dense, linearly focused and satisfyingly meaty, the first half is everything that Bellocchio’s recent work is not (with the exception of Vincere) – which somehow should prepare you for the surprise of Blood of My Blood jumping forward to present-time Bobbio for its second part. Everything’s changed in town, except the convent itself, now in ruins and inhabited by a reclusive local Count (Roberto Herlitzka, the great, sly elder of Italian cinema). Buffoons, con men and Russian millionaires are out on the streets trying to upend the old order, while the Count and his vampiric old pals meet in a dentist’s waiting room to reassert their ancient power.

This is where Bellocchio starts playing a game of cat and mouse with the audience, seemingly establishing links between the two worlds (some of the actors reappear in different roles), but never going full circle on any of them. It seems to be his preferred mode nowadays, and it works mostly fine, as it blurs the lines on the half-baked sociological critique of modern provincial life while shining a flattering light on the inconsequential but rich plurality of voices and references in the film (2012’s Dormant Beauty is a less successful example of the same approach).

In playing its cards close to the chest, Blood of My Blood has a sort of built-in plausible deniability on everything it tries, further reinforced by strong local undertones that make it even more cryptic to international audiences.

What really matters though, below the stale surface of social commentary and religious jabs, is that Bellocchio can – and will – go home again. Bobbio is his hometown, the lost brother is his own, Federico is played by his son and the rest of the cast and crew reads like a family register.

This is literally the blood of Bellocchio’s blood, but then again, it always is. His cinema was born in his mother’s living room and has been haunted by it ever since. As it often happens, it wandered outside, shouted at the world with revolutionary anger, and it is now going back back into the womb in its twilight years.

Stubbornly self-referential, certainly, but also an adhesive that makes everything else, somehow, just stick. Huge credit also goes to a relative newcomer to Bellocchio World, with only his third collaboration: cinematographer Daniele Ciprì. A celebrated writer and director in his own right, he’s arguably the best cinematographer in Italy at the moment. Rivaling his virtuoso contribution to Vincere, Ciprì bathes the night in a river of blue for an inspired sequence scored to Scala & Kolacny Brothers’ cover of Nothing Else Matters, and makes pictorial masterpieces of Benedetta’s trials of fire, water and tears.

Blood of My Blood premiered at the Venice Film Festival.