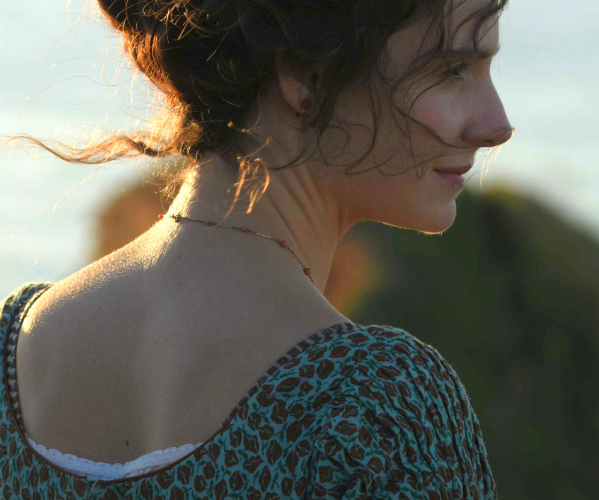 Misery is constant and humor is fleeting in the world of A Woman’s Life (Une Vie), an emotionally overcast period drama from French filmmaker Stéphane Brizé (The Measure of a Man). Shot in square-shaped academy ratio, it recalls — in a certain aesthetic and thematic light — the Danish Dogme films of the mid ‘90s, but without the pitch-black misanthropic wit that made that collective famous. Based on Guy de Maupassant’s 1883 novel of the same name (Tolstoy apparently loved it), it follows the endlessly unfortunate life of Jeanne Le Perthuis des Vaud, heiress to the fortune of a wealthy farming family in France in the 19th Century.

Judith Chemla stars as our doomed heroine, at first a wistful young pixie living in the family château who spends her days frolicking around and contemplating rain and skies and the like. Her blissful bourgeois existence is rocked, however, when she is wed to a handsome but cold-hearted young baron named Simon-Jacques (Jean-Pierre Darroussin). Here begins the string of misfortune that will constitute the majority of Jeanne’s life. Everything looks great in both imagery and production design but it’s the extent of Jeanne’s spinelessness that is the hardest pill to swallow. She looks like a strong breeze would knock her over. Unfortunately for her, far worse things are coming.

Her new husband is a total shit. He lies, he cheats and he squanders her money. He has an affair with the housemaid early on, prompting an intervention from the local clergyman. With her parents present, Jeanne is given a get out of jail free card but fails to act. It won’t be the last time.

So Simon-Jacques carries on as before, next bedding an extended family member, an act that will ultimately remove him from her life. Jeanne soldiers on, raising her only son Paul as a single mother, carrying on with the hope that better things will happen. Proving the apple doesn’t fall so far from the proverbial tree, however, young Paul first shows petulance at school; then a weak will with romantic endeavors; and finally a complete incompetence with money. Jeanne, of course, is asked to pick up the tab.

This is the kind of thing Lars von Trier usual does very well. Take a complex, apparently fragile, and slightly naïve female lead; put her through the ringer; and let the audience mull over whether she’s a character who is inherently weak or strong. You sense Brizé is attempting something similar but his Jeanne is a blank canvas; a brick wall; a vaguely soggy piece of tarpaulin, adrift in the cruel winds that life has offered her. Time and time again she’s given the chance to raise the middle finger to the men who continually make her life miserable and time and time again she fails to do so.

It’s not the first time Maupassant’s book has been brought to the screen (in 1958, Cahiers du Cinema critic Alexandre Astruc made the first stab at it) and it’s undoubtedly a story with plenty to say about a woman’s struggle at the time. However, while the viewer might appreciate Brizé’s lack of compromise, for such a stoic and rather long period piece, A Woman’s Life offers little else for the audience to cling on to.

A Woman’s Life premiered at the 2016 Venice Film Festival and opens on May 5.