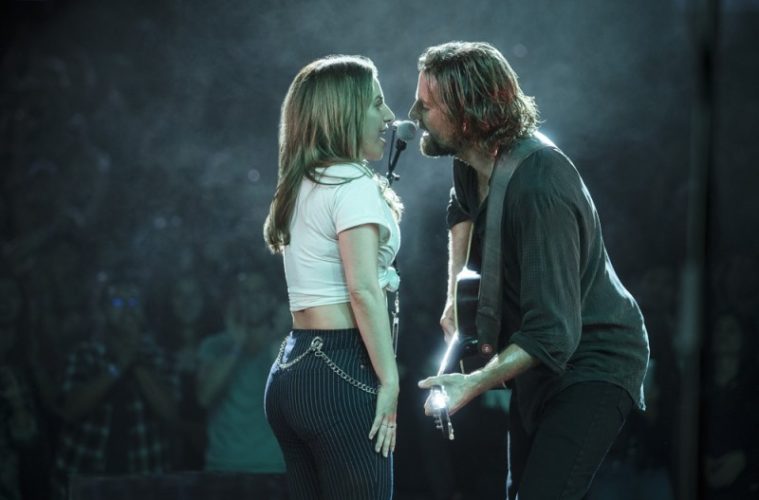 Venice Review: ‘A Star is Born’ is a Charming Directorial Debut for Bradley Cooper

Surprise may not be the first reaction you’d expect to have when watching the umpteenth remake of a romance as old as Hollywood itself, but the adjective proves fitting for Bradley Cooper’s A Star is Born, a charming, music-packed directorial debut and Lady Gaga’s first leading role in a feature film. A remake of a remake of a remake, Cooper’s rendition builds on William Wellman’s 1937 original (a tale of nascent glory and tragic flame-out zeroing in on a Hollywood power-couple), but unlike the Cukor-helmed 1954 version, and in line with the 1976 remake starring Barbra Streisand opposite Kris Kristofferson, it moves the proceedings from the film industry to the music business.

Cooper stars as Jack, a shaggy country singer with a serious drinking problem and damaged hearing, while Gaga plays Ally, a singer graced with a gorgeous voice but little self-esteem. When we first meet them, Jack is at a career zenith and well into a self-destructive path of booze and drugs; away from the spotlight, Ally struggles to make ends meet–a waitress by day, singer at a drag queens’ bar by night. It doesn’t take long for the two to cross paths. Drunk and stoned after playing for a jubilant crowd of thousands, Jack enters Ally’s bar, watches her perform a (literally) breath-taking rendition of “La Vie en Rose,” and falls (understandably) besotted with her.

If this sounds like a scenario told and seen countless times, well. A Star is Born ticks all the tropes of rags-to-riches fairytales: Jack flirts with Ally, tells her to believe in her talent and search for her own voice (“if you don’t dig deep into your fucking soul, you won’t have legs”), and eventually invites her to join him on stage and give the world a taste of her talent, skyrocketing her to planetary fame. Ally meanders into a star-studded world of endless excesses and thrills with the same wide-eyed looks of Patrick Fugit in Cameron Crowe’s Almost Famous, yet Jack’s addictions all too quickly begin threatening their musical and sentimental liaison. A star is born, another fades out.

The plot enters autopilot mode in a matter of minutes, and that Cooper’s work does not strike as trite is a miracle of sorts. But credit for A Star is Born‘s heartwarming aura is owed less to Cooper’s own directing (assured and judicious a debut as it may be) than to the freshness and credibility brought by his fellow superstar. Believe the pre-premiere hype: Lady Gaga is nothing short of extraordinary. Packed with several original songs Gaga and Cooper composed with a handful of hit makers (including country legend Willie Nelson’s son, Lukas) and recorded live during filming, A Star is Born showcases oodles of Gaga’s preternatural musical talent, but also confirms–if there was ever a need to prove it–her magnetic stage presence. Watching her muster all her courage before joining Cooper on stage to sing before a sold-out stadium is the first in a long series of goosebump-inducing performances.

It was only last year that Gaga promised a raw behind-the-scenes look at her life in Chris Moukarbel’s Gaga: Five Foot Two, but while that ostensibly warts-and-all doc often felt micromanaged down to the tiniest detail, fictionalized Ally may offer a much closer look than any prior attempts–judging by, if anything, the effortless ease with which the six-time Grammy winner steps into her character. There’s no denying Ally’s life bears some resemblance to the superstar’s own–her father’s Italian ancestry, for one, but also her struggle to break into the industry through open mics and bar performances. A rich metafictional hypertext opens up all sorts of speculations: just how much did the script, co-authored by Cooper and Erich Roth, draw from Gaga’s own artistic ascent? And how much did she borrow from her own life to embody a character with such instantly relatable empathy?

A Star is Born is not innovative. It does not seek to offer some radical twists and turns to a story that’s been dissected and revisited for over 80 years. But it remains a miracle of stage chemistry, a touching portrait of a couple who click to such a wondrous extent to pay justice to the timeless scope of a Hollywood classic. The real surprise here is not Cooper, but Gaga. More than a newly born star, hers never stops growing.

A Star is Born premiered at Venice 2018 and opens on October 5.