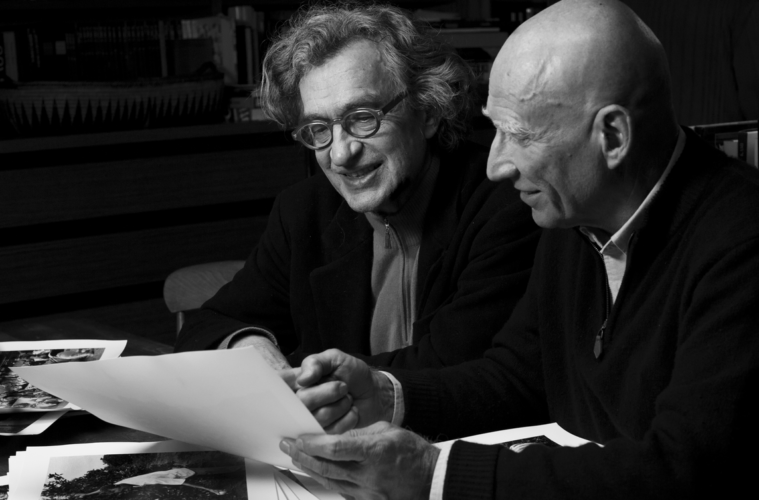 U.S. Trailer For Wim Wenders’ Acclaimed Documentary ‘The Salt of the Earth’ Currently in his fifth decade of making films, Wim Wenders remains incredible prolific. He recently stopped by Berlin Film Festival, where a retrospective is being held in his honor, premiering his latest narrative feature, Everything Will Be Fine. This spring we’ll see the release of his latest documentary, The Salt of the Earth, and now we have news on his next film.

Screen Daily tells us he’ll begin shooting his next film, Les beaux jours d’Aranjuez (aka The Beautiful Days of Aranjuez) in June. An adaptation of Peter Handke‘s play, Reda Kateb (A Prophet) and Sophie Semin star in the project, which follows the two as characters discussing love and relationships over a summer evening. Not many more details are known, but Handke is said to make a cameo.

Back to The Salt of the Earth, the film follows Sebastião Salgado, the famous Brazilian social documentary photographer and photojournalist who travels the globe to capture stark, stunning portraits of life. Co-directed by the subject’s son, Juliano Ribeiro Salgado, we now have a fantastic U.S. trailer. We said in our review, “The Salt of the Earth is a thoughtful, reverential examination of one artist by another, both equally deserving of such admiration. While some may find its pacing too slow, or its imagery too bleak, this film is a must for fans of either Salgado or Wenders.” Check out the trailer below. The Salt of the Earth will be released by Sony Pictures Classics on March 27th.