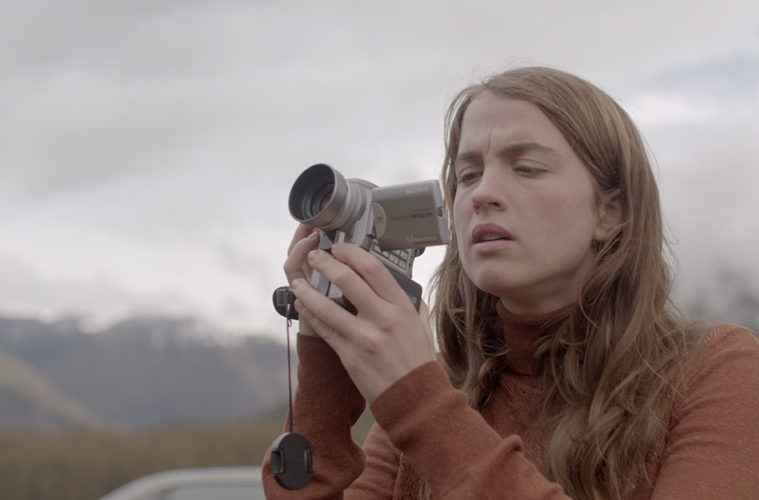 Quentin Dupieux aka Mr. Oizo returned to Cannes Film Festival last year with perhaps his most-praised film since his breakout Rubber. Deerskin opened the Directors’ Fortnight sidebar and now after a festival tour, it’ll arrive in U.S. theaters next month. Starring Jean Dujardin (The Artist) and Adèle Haenel (Portrait of a Lady on Fire), the film follows a recent divorcee who becomes obsessed with a deerskin jacket and dreams of independent filmmaking, and sparks a friendship bartender and aspiring editor.

Ethan Vestby said in our TIFF review, “Quentin Dupieux’s Deerskin can essentially be summarized as Divorced Guy Energy: The Movie. A ribbing of masculinity that alternates between bone-dry and morbid humor to great effect, it may come across as an easily discernible film ideologically. Yet its placement in the Special Presentations section of the Toronto Film Festival rather than the more apt Midnight Madness programme perhaps speaks to it as a truly confusing object on at least the basis of overall comedic effect.”

In this black comedy of middle-aged masculinity gone awry, Academy Award winner Jean Dujardin (The Artist) is a recent divorcee who becomes obsessed with a vintage fringed deerskin jacket that begins to exert an uncanny hold on him. Set in a sleepy French alpine village, he falls into the guise of an independent filmmaker and befriends a trusting bartender and aspiring editor (Adèle Haenel, Portrait of a Lady on Fire) who becomes his collaborator on a movie that will document a surprising new goal he sets himself.

Deerskin opens in New York on March 20 and Los Angeles on March 27.