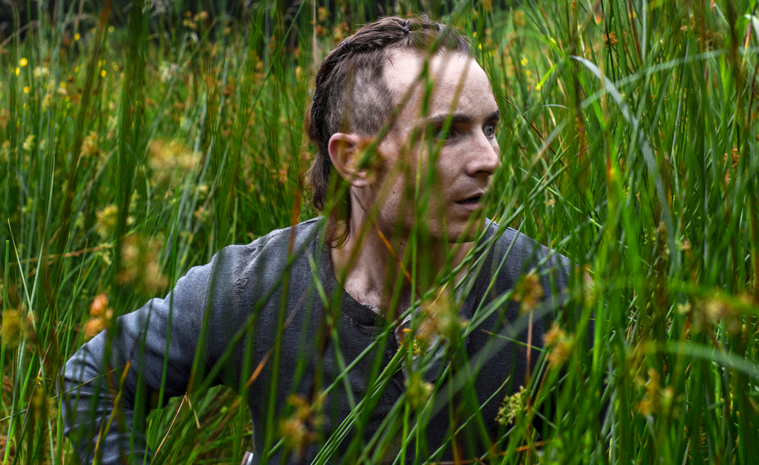 U.S. Trailer for Post-Apocalyptic Thriller ‘The Survivalist’ Makes All Strangers an Enemy

After hitting the festival circuit and then arriving on U.K. VOD, the nerve-jangling debut feature from writer-director Stephen Fingleton, The Survivalist, is finally getting U.S. distribution through IFC Midnight. With a strong visual aesthetic coated in grim and grit, The Survivalist follows a lone man in a post-apocalyptic landscape who’s been living in a cabin in the woods for seven years. When two women show up at his doorstep asking for a share of his crop, the man’s world is shaken.

It apparently lives up to the fine premise. As we said in our review from LFF, “Post-apocalyptic thrillers don’t come much leaner or meaner than Northern Irish director Stephen Fingleton’s gripping debut feature The Survivalist. The world’s population has polluted the earth to the point of extinction – a fact snappily brokered by an opening graph comparing increasing oil production to a rapid decline in the worldwide population – with the few survivors living off the scraps that the land provide. Our rugged unnamed hero (Martin McCann) lives in a rural shack surrounded by woodland, spending his days growing crops in his garden and whiling away his time looking over photos of his past, presumably long dead, wife.”

A time of starvation. The Survivalist lives off a small plot of land hidden deep in forest protecting his crop from intruders with his shotgun and improvised traps. But the long years alone have taken their toll on him and he is beginning to lose his grip on reality.

Everything changes when a starving woman called KATHRYN and her teenage daughter, MILJA, discover the farm. Desperate for shelter, the mother offers up her daughter to spend the night with him in return for bed and board. Overcome with desire, Survivalist breaks his strict code of self-preservation and accepts them into his cabin. As the exchange becomes an uneasy ongoing arrangement, the women plot to get rid of Survivalist and have the farm for themselves. But just as they are about to put their plan into action, an intruder kidnaps Milja and Survivalist risks his life to save her. As he is nursed back to health by the women, food runs short on the farm and they are forced to make desperate decisions to survive.

The Survivalist will hit select theaters and VOD on May 19.