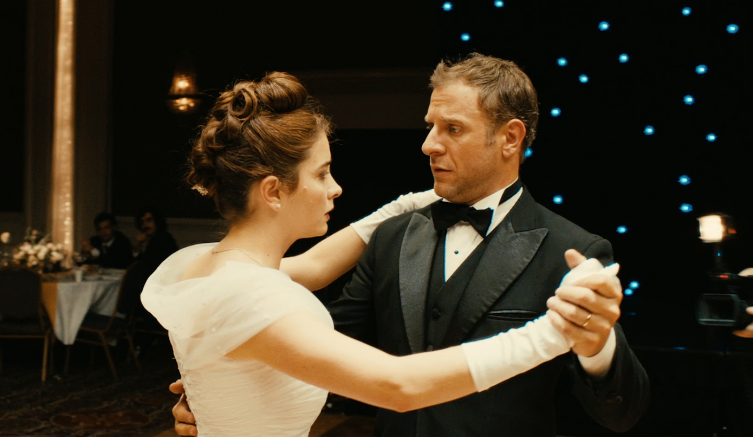 With the Best Foreign Language Film Oscar batch including great titles like Ida, Timbuktu, and Leviathan, Argentina’s entry will give them a run for their money. Wild Tales, which is produced by Pedro Almodóvar and directed by Damián Szifron, tells a handful of vignettes that inject hilarity and into our social anxieties, often taking things to the extreme. A great U.S. trailer and a less-than-thrilling poster have now arrived ahead of a release later this month.

One of our top 50 films of 2014, we said, “Damián Szifron launches a satirical and visceral dissection of the social and political currents running underneath his native Argentina, but Wild Tales is the opposite of a stuffy, calculated screed. Playing with a touch of the pulp ghoulishness of Tales of the Crypt, Tales features plenty of darkly comic surrealism that’s been subtly grafted onto modern social anxieties. Whether it’s a plane full of strangers learning of the demented connection that bonds them, a waitress at a road-side diner forced to serve the author of her family’s misery, or a demolitionist waging a war against an impound lot, Wild Tales finds a deeply entertaining catharsis in isolated fragments that begin as revenge, only to crossover to examine ideas about justice and human morality. Taken as separate stories, these vignettes are entrancing, but, most impressive for an anthology, when assembled they create a fearsome portrait of Argentina itself, one unlikely to fade from memory.”

Inequality, injustice and the demands of the world we live in cause stress and depression for many people. Some of them, however, explode. This is a movie about those people. Vulnerable in the face of a reality that shifts and suddenly turns unpredictable, the characters of Wild Tales cross the thin line that divides civilization and barbarism. A lover’s betrayal, a return to the repressed past and the violence woven into everyday encounters drive the characters to madness as they cede to the undeniable pleasure of losing control.