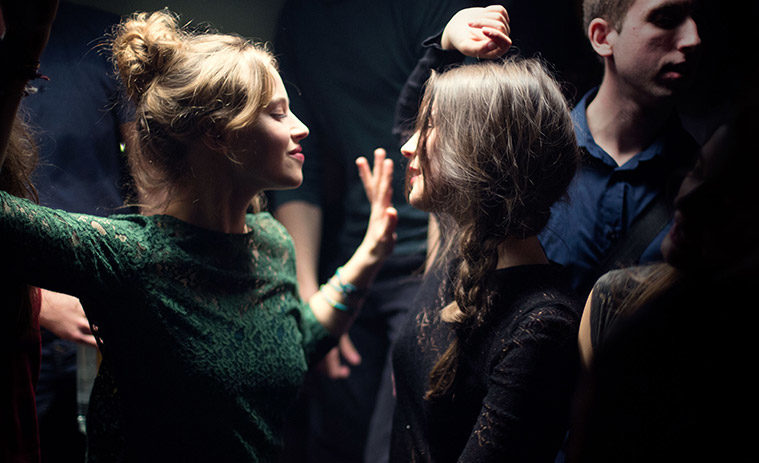 Mostly known for her acting work in films such as Inglourious Basterds, Beginners, Enemy, and more, Mélanie Laurent is also a burgeoning director with some features under her belt. Her latest, Breathe (also known as Respire in its home of France), premiered back at last year’s Cannes Film Festival and will finally be getting a U.S. release this fall.

We now have the first domestic trailer for the film, which follows a solitary teenage girl and her budding relationship with a self-confident new girl — one that takes a darker turn when another person comes into the frame. The first trailer shows off an accomplished-looking drama, particularly for a sophomore feature. Based on Anne-Sophie Brasme‘s novel and starring Josephine Japy and Lou de Laage, check it out below.

A taut, nuanced story about the depths of female friendships and the stark escalation of passions, Breathe is Mélanie Laurent’s sophomore directorial effort (Inglorious Bastards, Beginners) and assured adaptation of the sensational French young adult novel of the same name. Charlie is seventeen and bored, her estranged parents are too caught up in their own drama to pay too much attention to her. School, where she’s been friends with the same crew for years, holds no surprises. Enter Sarah, the hip new transfer student who brings with her an air of boldness and danger. The two form an instant connection: Sarah the jolt of life Charlie so desperately seeks and Charlie a stable, virginal influence on wild-child Sarah. Through shared secrets, love interests and holiday getaways, their relationship deepens to unspoken intimacy. But with intimacy comes jealousy and unrealistic expectations, and the teens soon find themselves on a trajectory toward an inevitable and extraordinary collapse, one so jarring neither could have ever seen it coming.