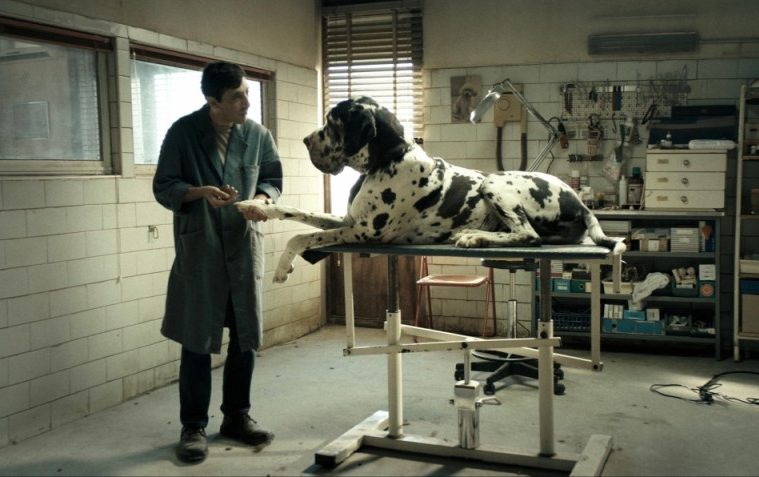 Since his international break-out crime drama Gomorrah, Italian director Matteo Garrone took on reality television and famous fables. Now he’s back with another crime film with Dogman, which was Italy’s Oscar contender, however it didn’t get shortlisted by the Academy. (Perhaps they should’ve gone with the stellar Happy as Lazzaro.) Nonetheless, following a Cannes premiere (where Marcello Fonte won the award for Best Actor), it’ll now arrive in U.S. theaters this April and Magnolia has released the new trailer.

The story follows a dog groomer who gets involved with a local criminal bully and attempts to stand up to him. Giovanni Marchini Camia said in his review, “Garrone’s prowess as a director is still undeniable, and as far as nasty, gripping brutality goes, Dogman certainly delivers. If you’re looking for pulpy violence, you won’t be disappointed. Just don’t expend too much thought over what it’s all supposed to mean.”

In a seaside village on the outskirts of an Italian city, where the only law seems to be survival of the fittest, Marcello is a slight, mild-mannered man who divides his days between working at his modest dog grooming salon, caring for his daughter Alida, and being coerced into the petty criminal schemes of the local bully Simoncino, an ex-boxer who terrorizes the neighborhood. When Simoncino’s abuse finally brings Marcello to a breaking point, he decides to stand up for his own dignity through an act of vengeance, with unintended consequences.