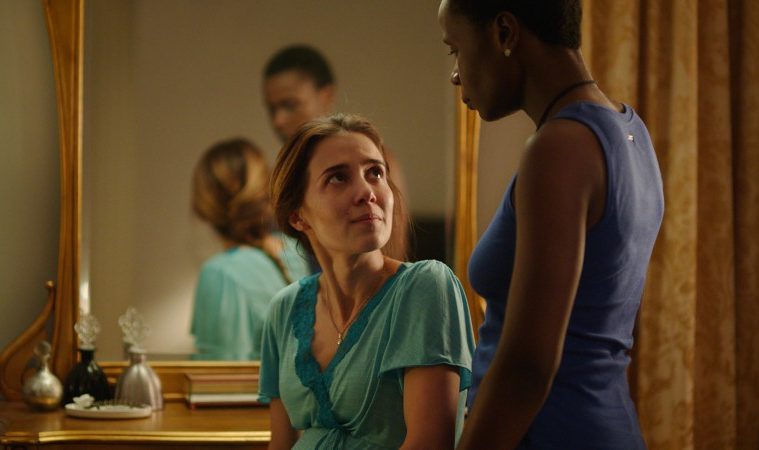 Not since the Polish cannibal horror mermaid musical The Lure has there been another genre melting pot as winning as the Brazilian lesbian werewolf horror melodrama Good Manners (which also throws in a musical element as well). One of the best films I saw at New Directors/New Films earlier this year, Marco Dutra and Juliana Rojas’s fable will get a U.S. release next month, and now Distrib Films US have unveiled the U.S. trailer and poster.

The São Paulo-set film, gorgeously shot by Zama cinematographer Rui Poças, follows a nurse living outside the city who is hired to be the nanny for a wealthy woman who is about to give birth, and, of course, many secrets await. “Contrasts abound in Juliana Rojas and Marco Dutra’s terrifyingly captivating Good Manners, a horror-meets-children’s-movie that uses all the tropes at its disposal to conjure up a piercing discussion of class, race, and desire in present-day Brazil,” Leonardo Goi said in his review out of ND/NF.

“The idea of contrast is central to the werewolf myth,” the directors said. “Human versus beast, civilization versus instinct. We expanded this idea to all aspects of the story: center and periphery, white and black, rich and poor. The split form of the film also reflects that: horror movie and children’s movie are combined into the same story. The characters are separated by all kinds of barrier: class, race, neighborhood, origins, faith, age and time. They also deal with loneliness and concealed desire. In a way, the homosexual love story between such different characters and the formation of the unusual family are maybe the wildest fantasy of the film: the idea that all barriers built by civilized society can be questioned and eventually broken.”

Good Manners opens on Friday, July 27 at the IFC Center in New York City, followed by an LA opening on August 17 at the Laemmle Royal Theatre, and additional cities. See the trailer and poster below.

When lonely nurse Clara is hired as a nanny by wealthy Ana, she hardly expects anything like the friendship she finds with the lonely, pregnant woman. However, both women have dark secrets which will engulf all that they hold dear.