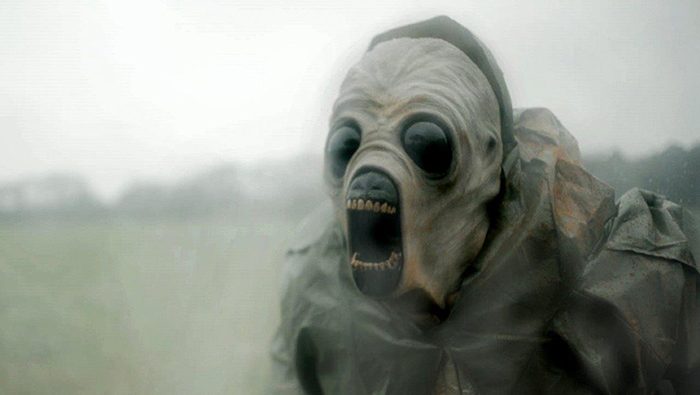 There will be many family-friendly films available at multiplexes this Thanksgiving, but if you are looking for something that may put some fright into your relatives, why not have them enter the twisted mind of Ben Wheatley? Before his next directorial effort Free Fire arrives this spring, he’s executive produced a new post-apocalyptic thriller Tank 432. Directed by Nick Gillespie, a long-time member of Wheatley’s go-to camera crew, IFC Midnight is putting this one out next week in both limited release and on VOD, and we now have the U.S. trailer.

We said in our review, “Director Ben Wheatley is showing his eye for talent by putting his name behind a guy who’s worked closely with him since 2011’s Kill List. A filmmaker in his own right, camera operator Nick Gillespie has stayed by Wheatley’s side on every subsequent project up to and including the forthcoming Free Fire. This time around it’s he who’s providing the claustrophobic thriller as writer and director of Tank 432 (formerly known as Belly of the Bulldog). It’s a doozy too—all mood, atmosphere, and mystery with our own confusion about the action mirrored in those onscreen. All they know is that they have orders. Extract their prisoners, survive the war, and write everything down. But while they know what to do, the why seems universally out of reach.”

From executive producer Ben Wheatley (Kill List, High-Rise) comes a mind-bending plunge into hallucinatory terror. Under siege by a mysterious enemy in an apocalyptic, war-torn landscape, a band of mercenary soldiers, hooded hostages in tow, seek refuge inside an abandoned military tank. But their sanctuary soon reveals itself to be a steel-walled prison. As the group succumbs to claustrophobia, paranoia, and increasingly disturbing delusions, it becomes clear that the real threat may lie not outside, but within. The directorial debut from longtime Wheatley collaborator Nick Gillespie unfolds like a delirious, pulse-pounding puzzle.