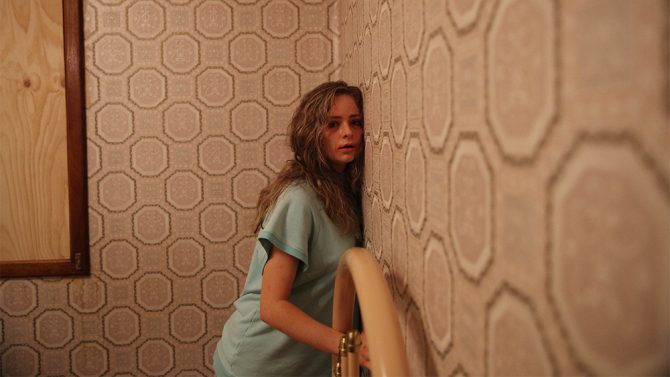 U.S. Trailer for Australian Thriller ‘Hounds of Love’ Shows the Dark Side of Suburban Life

Ahead of its SXSW premiere, the first U.S. trailer has been released for Hounds of Love, a crime thriller that marks the feature debut of writer-director Ben Young, which bowed at the Venice Film Festival. The film centers on a young woman who, on a suburban street, is abducted by a disturbed couple. As she struggles to escape, she soon realizes she must divide the duo if she is to survive.

The trailer features mesmerizing use of slow-motion and close-ups to create an eerie, captivating sensation. The raw look and gritty tone suggest that Hounds of Love could be a slice of hard-bit Australian cinema akin to the likes of The Snowntown Murders and Animal Kingdom. As we said in our review, “It’s debatable whether or not Hounds of Love has itself become an abuser through the attention it pays to certain highly graphic scenes (accompanied by audience walk-outs at the Venice screening). If one can look past the provocatively unpleasant setup, however, the movie does have something rather insightful to say in between the screams.”

In suburban Perth during the mid 1980s, people are unaware that women are disappearing at the hands of serial killers John and Evelyn White. After an innocent lapse in judgment, Vicki Maloney is randomly abducted by the disturbed couple. With her murder imminent, Vicki realizes she must find a way to drive a wedge between Evelyn and John if she is to survive. Hounds of Love is an exercise in expertly-crafted tension, offering a bold, challenging debut from writer/director Ben Young. Hounds of Love hits limited release in the U.S. on May 12th.