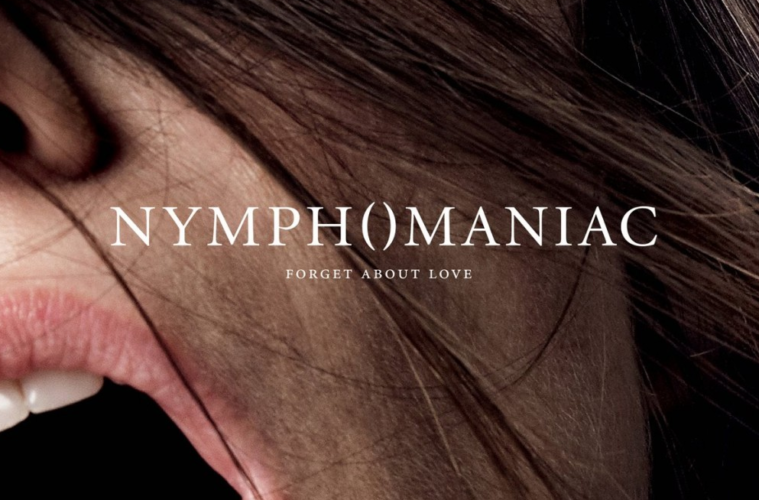 The official press release, seen below, also lets us know that the story of our main character, Joe (Stacy Martin and Charlotte Gainsbourg), will feature Shia LaBeouf, Christian Slater, Uma Thurman, Sophie Kennedy Clark, Connie Nielsen and, Udo Kier in Part One, while Part Two segues into Joe’s adulthood, welcoming Jamie Bell, Willem Dafoe, Mia Goth and Jean-Marc Barr, in addition to Stellan Skarsgård and LaBeouf. So, will you watch this one on VOD or in theaters first? Let us know in the comments below and see the recent NSFW trailer and clips here, plus three new posters below (one begin NSFW).

PART TWO picks up with the story of Joe’s adulthood, and stars Jamie Bell, Willem Dafoe, Mia Goth and Jean-Marc Barr in addition to Gainsbourg, Skarsgård, Martin and LaBeouf.

NYMPHOMANIAC: PART ONE and NYMPHOMANIAC: PART TWO mark Lars von Trier’s follow-up to his critically acclaimed film, MELANCHOLIA (released by Magnolia in 2011), and is his third consecutive collaboration with Charlotte Gainsbourg. A groundbreaking filmmaker for more than two decades, von Trier’s other films credits include ANTICHRIST, DOGVILLE, DANCER IN THE DARK, and BREAKING THE WAVES. NYMPHOMANIAC is produced by Louise Vesth for Zentropa Entertainments.

As widely reported, the films contain graphic depictions of sexuality to a degree unprecedented in a mainstream feature film. After von Trier’s experience at the 2011 Cannes Film Festival, where he was harshly criticized for comments he made at the MELANCHOLIA press conference, he has vowed to cease doing press on behalf of his films and let them speak for themselves. Both films will have their international debut in Denmark, where they’re opening this Christmas Day. Will you watch Nymphomaniac on VOD or in theaters?