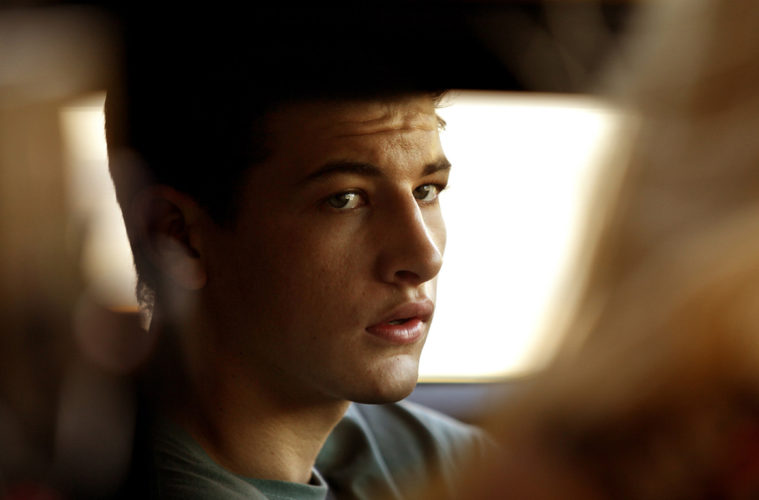 Not to be confused with Edgar G. Ulmer’s 1945 film noir classic, next year’s Detour comes from Christopher Smith, the U.K. director who has impressed with Triangle, Black Death, and more. Featuring the promising trio of Tye Sheridan (The Tree of Life, Mud), Bel Powley (The Diary of a Teenage Girl),  and Emory Cohen (Brooklyn, The Place Beyond the Pines), the thriller does have some modern noir tones as evidenced in the first trailer.

We said in our review, “A gleeful throwback to a genre that unfortunately jumped the shark years ago, Detour harkens back to the ’90s noir that ultimately met its death with one too many Quentin Tarantino knock-offs. Detour is not that. It’s instead a playful shape-shifter (using a split-screen device) that offers a slight element of misdirection to its wild, winding road of unexpected encounters, moral decisions, and a portrait of white-trash Americana. This is lurid film noir at its best.”

Harper (Tye Sheridan), a seemingly naive law student, obsesses over the idea that his shifty stepfather was involved in the devastating car crash that left his mother hospitalized and comatose. He drowns his suspicions in whiskey until he finds himself suddenly engrossed in conversation with volatile grifter Johnny (Emory Cohen) and his stripper companion, Cherry (Bel Powley). As daylight breaks and the haziness of promises made becomes clearer, how will Harper handle the repercussions (not to mention the violent duo—on his doorstep)? Employing a split-narrative structure to tell this tale of deception and murder, Christopher Smith takes his audience on a thrill ride full of hairpin turns, where it’s never quite clear what or who can be trusted.