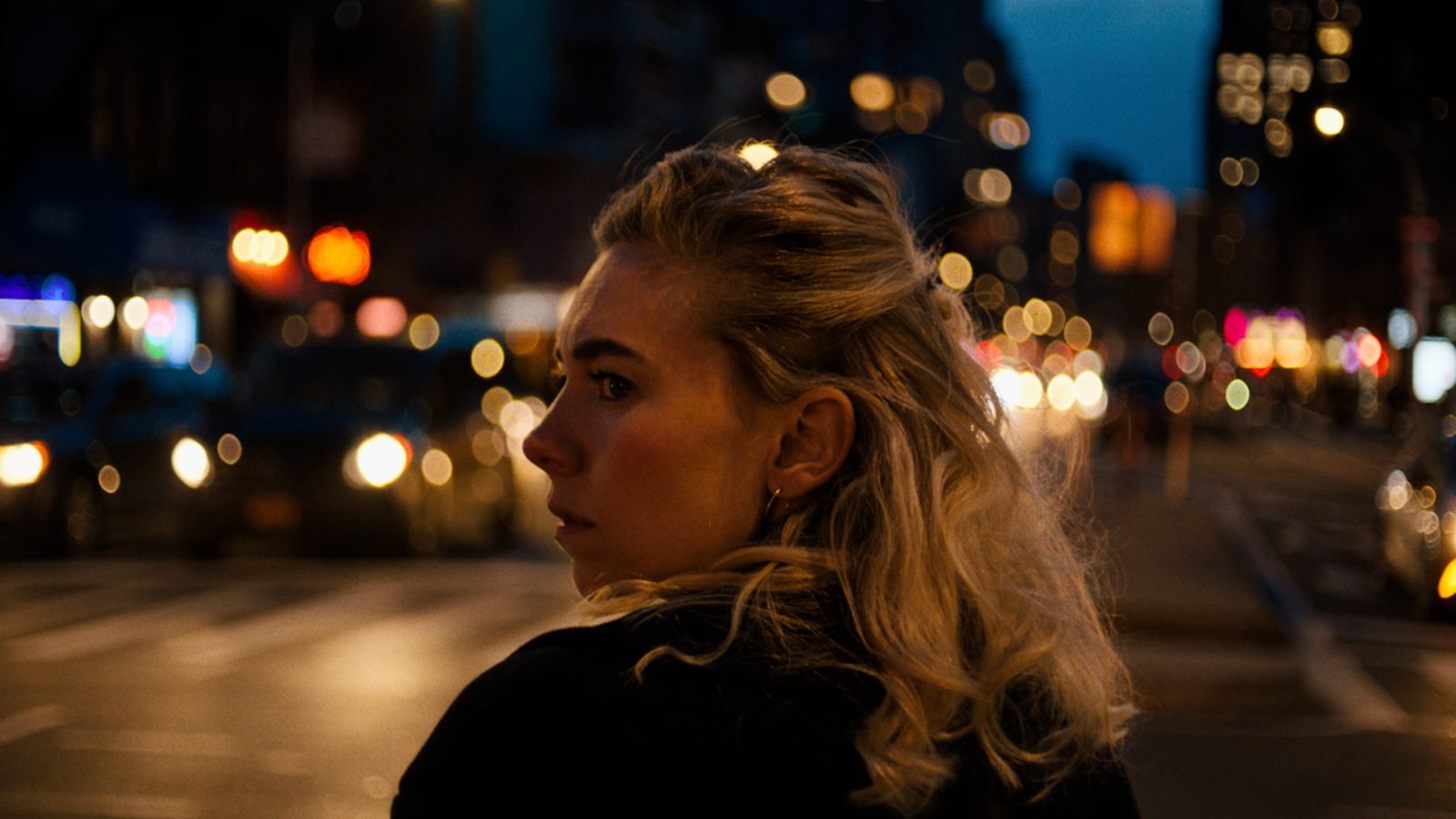 Adam Leon’s third feature, Italian Studies, follows Vanessa Kirby as Alina Reynolds, a woman who at times doesn’t know her own name. Call it amnesia or memory loss or even a blackout, but Kirby’s leading performance is built on a calm confusion. Leon’s story gives little context or background to how this woman came to have these spells, instead accompanying her over the course of a 24-hour period in New York City.

Italian Studies could easily be described as no plot, all vibes. And those vibes largely become weirder as the 81-minute film wears on, Reynolds starting to interact with a group of high school students and learning she’s a published author with a book of short stories. But even that “fact” never seems to be confirmed. She stumbles around NYC like a child, doe-eyed and without a single piece of property besides the clothes she happens to be wearing.

Nicholas Britell’s score pounds in one’s ears, loud and chaotic, reflecting the state of the city in the mind of an unknowing newcomer. It’s a disorienting addition to a film that often feels incomplete, intentionally keeping both its audience and protagonist in the dark about what came before and what might come next.

As a New York film Italian Studies excels, showing the brightness and disorder of the city, hitting places like Papaya Dog to remind us of a pre-pandemic metropolis that happens to be getting closer to that same atmosphere by the day. As Reynolds continues bumbling through the city she hangs out on fire escapes, in alleys and parking garages, even going to a local library to read her short stories for the first time in her mind. She answers each question with “I don’t know” and begins mixing up her stories with real life as Leon blurs the lines of fiction and reality.

Italian Studies doesn’t work without Kirby, who gives a magnetic, often odd performance. She has to be someone people want to interact with, giving an aura of intrigue without any of the substance. She’s innocent and naive, yet an unhelpful part of each situation, creating more problems than solutions for those who cross her path—including Simon (Simon Brickner), the first person to bring her along and look out for her, though he’s only a high schooler. They talk about love and relationships and parents and weed, in an interview format and throughout the city, as he introduces her to his friends. Subsequently each of these friends are interviewed by Reynolds, talking about love, sex, and maturation, which—for its simplicity juxtaposed against the main storyline—might be the strongest part of Leon’s film.

Calling the story a “plot” would be an exaggeration, as Leon focuses more on feeling and reaction than any specific structure. Reynolds floats during these blackouts, somehow surviving due to the kindness of strangers and a bit of luck. It’s undisclosed if any of this is real. She asks if memory even matters, and maybe the answer is no. Such is Leon’s aim with this film, repurposing and distorting the idea of memory within these fragmented scenes, using a handheld camera and tight cinematography to suffocate Kirby with a sense of claustrophobia, something the audience feels much more than her.

Italian Studies can be too discombobulated at times, becoming a vehicle for Leon to showcase his budding auteur chops. His central character isn’t too amicable or likable, even if she might be entirely blameless. Outside of Kirby’s strong lead performance, Brickner gives this film a face to relate to—a kid who’s floating because of his age, not because of a blackout. He’s brimming with sensitivity and melancholy, with his flashing smile likely being more impactful than any other shot in the film.

Despite the inherent confusion of his story, Leon’s vision doesn’t waver, and there’s something to be said about a filmmaker who isn’t even trying to tie up loose ends. Italian Studies disorients the viewer for an experience that has moments of singularity, though it can’t hide from its disjointed nature. But it’s different, and that has definitive value.