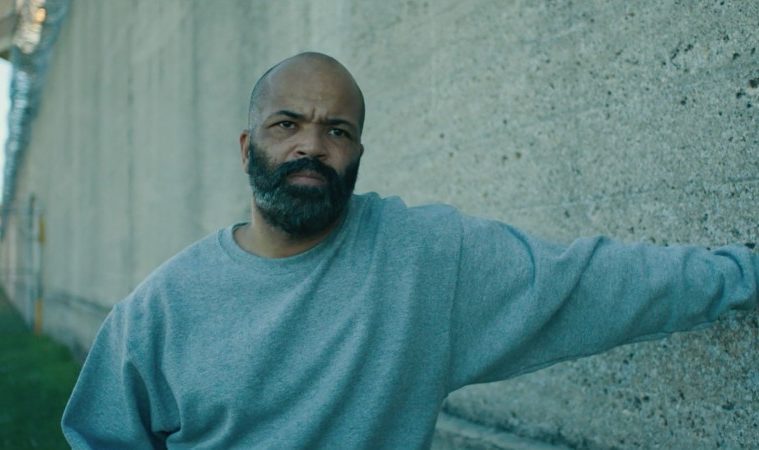 Tribeca Review: ‘O.G.’ is an Honest Look at Time Behind Bars

Set in a maximum-security prison, O.G. gets many of the details right about incarceration, from the mutual respect amongst inmates who have accepted why they’re there, and the guards and vocational staff who have a job to do. The opening exchange is startling for a prison picture; as the doors of Louis’ (Jeffrey Wright) cell open a corrections officer makes small talk with him, asking him if he’s seen the game. Later, when he’s the subject of an investigation he’s pressed for information by Danvers (William Fichtner), a special investigations detective with whom he’s had a long history. They banter like old friends until he crosses a line, admitting to a consensual sexual relationship with a vocational staff member that Danvers will pretend he didn’t hear. Prisons are indeed a strange place, where the violent offenders break off into packs. Louis was once the mayor of the place with a payroll that included inmates and guards. His advice for new fish Beech (Theothus Carter) is that what will get you through your time is “dignity, self-respect, grace.”

Arriving alongside the companion documentary It’s A Hard Truth Ain’t It by Madeleine Sackler (also premiering at the Tribeca Film Festival), both projects are collaborations with the men of Pendleton Correctional Facility in Indiana. In fact, Beech, the charismatic mentee of Louis, is currently serving time in the facility. The fact the state’s department of corrections allowed not only one, but two films to be made inside their walls is a miracle.

Written by the electric Stephen Belber (Tape, Management, Match) the film is most effective when following Louis’ daily routine which includes getting up, going to work in the prison audio shop (where tools are strictly controlled by officers and educators), and focusing on his upcoming release. He’s set to get out after 24 years behind bars, a 60-year sentence cut in half for good behavior. The facility itself has just come off of an extensive lockdown with a freeze on vocational training leading to shakedowns that force the mechanisms of the plot to kick in.

O.G. grounds what happens as a matter-of-fact course of everyday life in prison, as those that have done their time counsel the recently incarcerated in getting through the next twenty to life. Occasionally shifting into fantasy (before being pulled back to Earth by reality), the film, like Shawshank Redemption, is more introspective than its gritty foreign counterparts Starred Up and Carpinteros, which follow protagonists learning to survive. Louis now must learn a different set of skills as he navigates exit programs, from counseling to a restorative justice program where he faces the sister of his victim in a meeting two-and-a-half decades in the making.

Sackler’s drama is a compelling rarity offering a perspective on incarceration that’s direct and honest, infused with natural rhythms and authentic extras. It’s a shame that artificial plot expectations creep in, but as those of us who have been to jail know (full disclosure: I teach a college film studies course at a state prison), anything can happen.