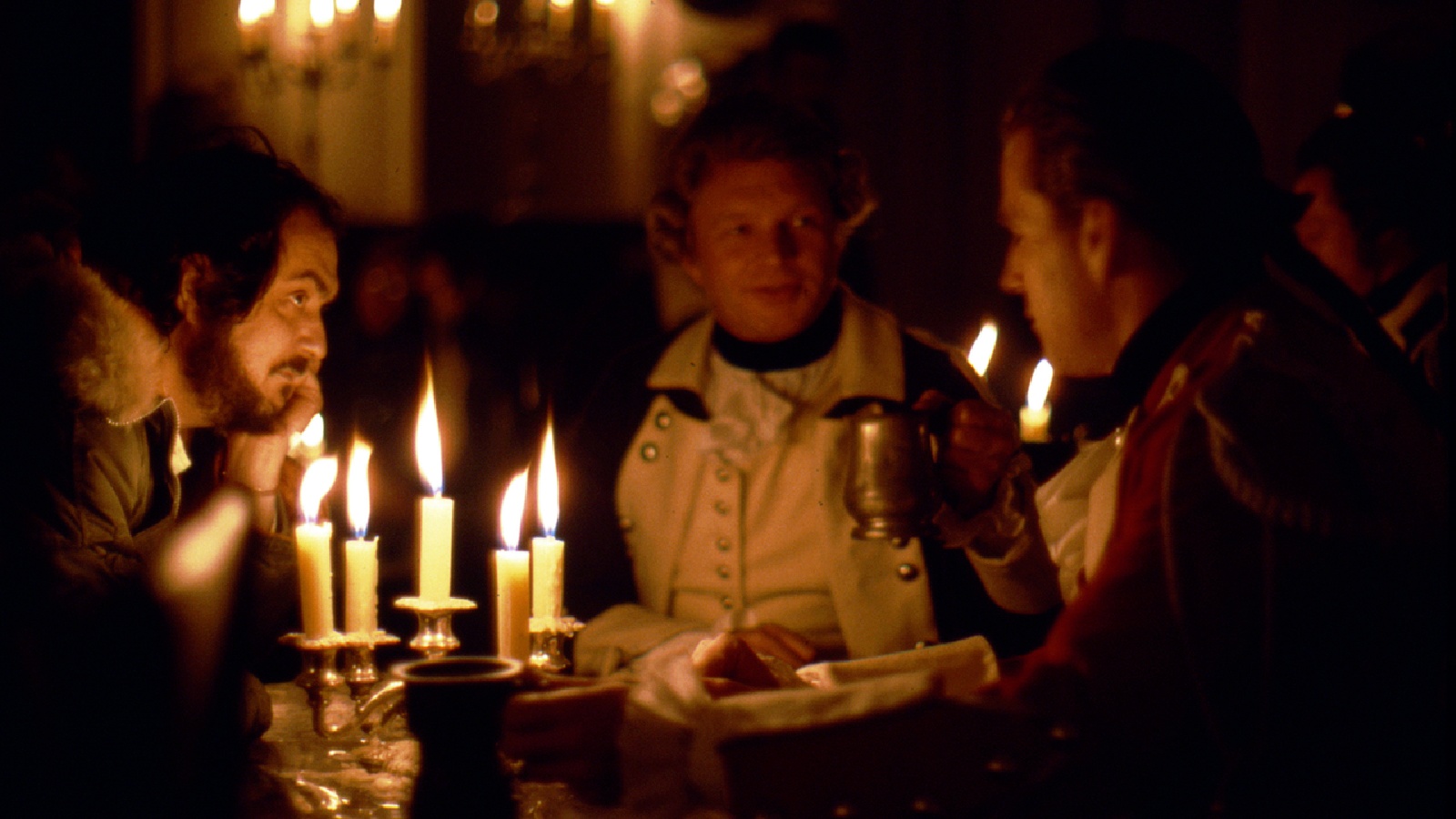 “He was not any of the things the newspapers said about him,” Christiane Kubrick says of her husband in an archival interview featured early into Kubrick by Kubrick, a new documentary that seeks to look behind the monolith and demystify its legendary’s subject’s artistic process. Directed by Grégory Monro, it’s based on a series of interviews by critic Michel Ciment, the audio recordings of which have been selectively weaved to offer a platform for the famously elusive director to speak in his own words. Handsomely presented with captivating quotes—not only from Kubrick himself but many of his closest collaborators—the brief film, clocking in at just over 70 minutes, isn’t packed with new personal revelations nor illuminating analysis of his exalted body of work, but effectively shows a side of Kubrick often not the focus of critical conversation: a man who lived a relatively humble way, with a mind that was more endlessly curious than all-knowing.

Ciment initially established a relationship after writing the first major study of Kubrick’s work in France in 1968; they would communicate over the course of the next three decades. Some of these recordings were featured in a French radio program, as well as a book, but they are here given the cinematic spotlight and Monro’s intention becomes clear from the get-go. “I don’t know what led me to make any of the films,” says Kubrick, equating such an undefinable answer to that of “Why did you marry your wife?” This evasion to getting personal is perhaps another slice of his genius—we’re left solely with his enigmatic body of work rather than a tell-all book or a library of interviews. Throughout, both Kubrick and his collaborators weigh in on how the creative spark was more about having the right on-set environment than some sort of pre-ordained mastery. “Stanley never knows where to put the camera. He barely knows what scene we’re shooting,” says Malcolm McDowell when it came to A Clockwork Orange. “He’s an artist. Any director knows what he’s going to do is a very poor director. He must use the elements that happen on set, the spontaneity. He’s able to do that.” It’s a feeling shared by Kubrick, who echoes the sentiment in  paraphrasing James Joyce: “Accidents are the portal to genius.”

Kubrick obsessives will find a bounty of tidbits on how some of his most iconic scenes sprang from experimentation and on-the-day improvisation, whether it’s “Singin’ In The Rain” from A Clockwork Orange or HAL’s lip-reading skills in 2001: A Space Odyssey. In many ways, Kubrick by Kubrick acts as an antithesis to a film such as Room 237, which exhaustively went down the rabbit hole of the purported hidden messages of The Shining, straining to impart the mysterious genius embedded in every frame of Kubrick’s film. While Rodney Ascher’s feature entertained as it traversed deeper into the maze of the Overlook Hotel, it also built up the mythic quality of a director described quite differently by Ciment. Kubrick was a man who lived in the countryside with his family, playing chess and reading between work on his films. The majority of productions occurred about 9 miles from his home, while he cast actors from tapes and edited the films in his own house.

In this sense, the documentary’s greatest achievement is humanizing the man. We’ll never get a creatively confessional deep dive à la De Palma or Varda by Agnès, but Monro does grant an invitation to his thought process—he didn’t appear guarded in these interviews, eager to open up about what was asked. In a section devoted to his anti-war epics, Paths of Glory and Full Metal Jacket, he shares thoughts regarding a meaningless war like Vietnam and the dilemma between slow social and political change against governments, which intrinsically oppose anarchy. He’s also not hesitant about the difficult work that goes into each production: “Making a good film is a miracle and it’s hard to make miracles.”

Monro makes great strides to provide a cinematic vision in his almost entirely archival-based documentary. The otherworldly bedroom from 2001: A Space Odyssey gets recreated in miniature to feature various artifacts from Kubrick’s world, including the famous hexagon carpet from The Shining, the masks of Eyes Wide Shut, and the candles of Barry Lyndon, as well as galleries of his movie posters, novels he’s adapted, and television sets that feature no shortage of archival interviews, even personal home movies featuring the Kubrick family. Whereas a good portion of documentaries with only audio at their disposal simply layer the aural track over pre-existing footage or kitschy animations, Monro nods to the level of craft found in this director he clearly reveres.

Considering the legacy of the films discussed and spate of Kubrick documentaries that came before it, Kubrick by Kubrick may initially be defined by what it’s not. One won’t find the level of comprehensive research contained in the nearly 2.5-hour Stanley Kubrick: A Life in Pictures nor the singular focus of the aforementioned Room 237 or the recent Filmworker on Kubrick’s longtime assistant Leon Vitali (briefly mentioned here as the man who told Tom Cruise of Kubrick’s death). There’s also no chorus of new voices, such as those featured in Hitchcock/Truffaut, a documentary similar for unearthing historic filmmaking interviews. But it does provide a clear-eyed vision of a director who was astute in his perception of the world and whose elusiveness was more a product of his homebody lifestyle than anything else. Near the end, he expresses a career-long desire to liberate the narrative structure embedded in cinema. In the twenty years since his death, no one has been able to fill his shoes, but we imagine he’d be pleased with the directors who have helped carry this forward-thinking torch, and Monro’s project serves as further inspiration for artists and audiences alike.

Kubrick by Kubrick was selected to premiere at the Tribeca Film Festival.