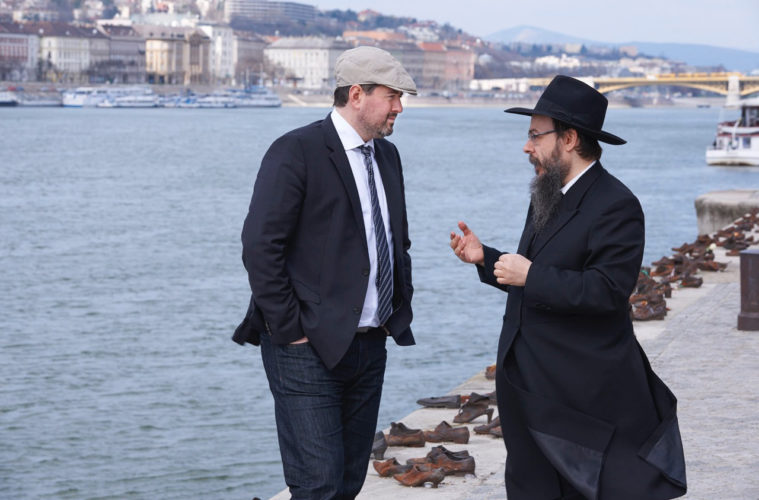 Keep Quiet is a chilling and comprehensive documentary following the path to redemption – or a calculated political act – for Csanad Szegedi, a right-wing anti-Semite who rose to become the vice president of Hungary’s Jobbik party. The Jobbik are a conservative radical nationalist group that fashioned itself after the Nazi while calling for self-deportation, global isolationism, and an enhanced police state. Embroiled in a scandal when it’s revealed Szegedi is actually Jewish with a grandmother who survived Auschwitz, questions about his upbringing are at the forefront for much of the film’s first act. Did Szegedi sell out his own family history, including his grandmother, for populist appeal or did he really not know he was playing with fire?

Presenting the early part of his career in archival materials, including appearances, rallies and candid talking head interviews, Keep Quiet quietly builds an ambiguous character study that’s as calculated as the man. Directed by Joseph Martin and Sam Blair, the film is as frustrating as its subject and the smartly refuses to take sides. While it’s about redemption, the road goes beyond engaging with Orthodox Jewish traditions.

Much of the film is dedicated Szegedi’s quest for redemption as he seeks a path to forgiveness from Rabbi Baruch Oberlander, the leader of the Orthodox Jewish community in Budapest. Oberlander takes him under his wing with much criticism from the community in Budapest and abroad when Szegedi travels to Canada for a conference later in the film.

A fascinating and often numbing exploration of both men’s journeys coming to terms with a complex political history and the impact of Jobbik’s rhetoric, it serves as a warning sign. National rhetoric presents a slippery slope that creates enemies within. If Szegedi’s road to redemption is to be believed (I’m still unsure what to think of him, credit due to Martin and Blair for creating a complex portrait), Oberlander is equally as fascinating. He’s forced to help a fellow Jew in crisis, giving him the benefit of the doubt even if he will not forget — he’s rooting for him.

The film’s intimate passages chronicling the relationship between Szegedi and his grandmother are also quite profound as the present has ways of evoking the past. Her direct address serves an additional (and vital) living testament to the power of radical nationalism. Speaking from the past, she’s recorded in lower definition than the slick visuals of the talking heads and current verite footage, adding gravity and immediacy to her words. Keep Quiet is as fascinating as it is powerful.