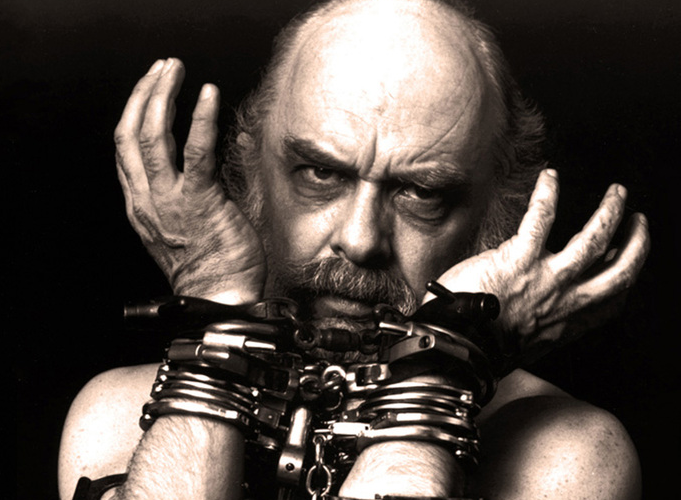 Part of the reason I gravitate towards and often find documentary films more interesting than narrative ones are because the format allows filmmakers freedoms along with its restrictions; free from narrative conventions and the building of a traditional scene, they are forced tell a story that purports to be “real.” An Honest Liar is one such story, exceptionally told by filmmakers Tyler Measom and Justin Weinstein with the cooperation of James “The Amazing” Randi, who makes it his life mission to debunk harmful deception, including faith healers and mentalists that were studied by prestigious universities like Stanford. Yes, Stanford once studied the likes of Uri Geller, famous for bending spoons with his mind.

An incredibly story told in mostly archival footage and talking heads, with some verite, the filmmakers later spend time in the home of Randi, now age 85, only recently coming out of the closet, marrying his longtime partner in 2013. The film is as much a portrait as it is a detective picture as Randi takes on those that provide a harmful distraction to science and to society. In addition to Geller, Randi makes it a mission to expose televangelist Peter Popoff, a self-proclaimed prophet and faith healer. Hiring a private detective to scan and monitor local radio frequencies he discovers Popoff does hear “the voice,” that is the voice of his wife telling him the condition of an audience members who wish to be healed. Once located she feels him the details and he lays hands upon the believer and has God melt their tumor away. Once he’s got the details, Randi takes his evidence to Jonny Carson. Becoming a household name, Randi appears on — or, as the kids say today, “extends his brand to” — a tour with Alice Cooper and as a guest on Happy Days, rising to the top of pop culture. Described in the doc as a kind of General, Randi orchestrates a kind of double-deception. He commands an army of ethical magicians who reverse engineer and stack the deck against the mentalists. One such subject, Geller (who bravely agrees to be interviewed by the filmmaker, perhaps in support of his current career as a jewelry salesman on QVC) had a series of objects rigged so he could not pull of his trick. The force, as Geller told the audience that night on Carson, wasn’t very strong.

Author of several books, host in his later life of a TV special Psychic Powers… Live, TED presenter and founder of an organization which educates citizens on the power of deception in the media, Randi lives by a simple code: “It’s okay to fool people,” but only for amusement. An outspoken critic of those that use the power of deception for personal gain, he tells an audience in 2011, “Magicians are the most honest people in the world. They tell you they’re going to fool you, and they do.”

Comprehensive and fascinating, filmmakers Measom and Weinstein have crafted an engaging and entertaining portrait of a man who is paradoxically a likable and honest liar out to set the record straight.

An Honest Liar premiered at the Tribeca Film Festival and is now screening at Hot Docs. Watch the trailer above.