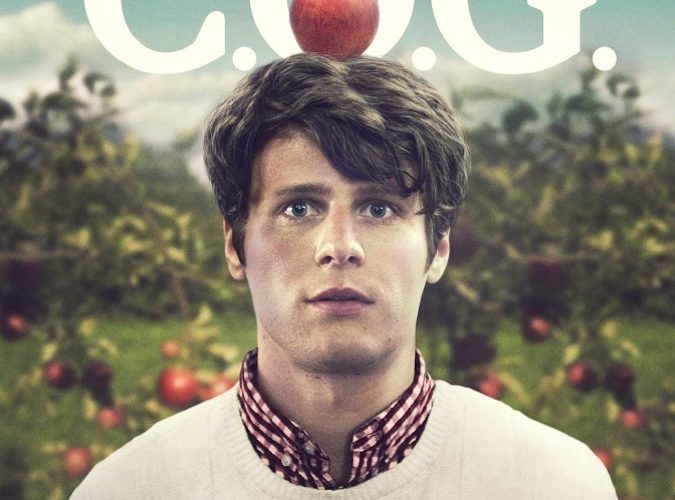 Considering his success as an author, it’s surprising that it has taken this long for the words of David Sedaris to be translated to feature film form, but this year’s Sundance Film Festival finally celebrated the occasion. Directed by Kyle Patrick Alvarez, C.O.G. tells an autobiographical tale of a man (played by Jonathan Groff) and his summer in the Northwest.

We were able to catch the film earlier this year and were mixed, saying, “we are given characters with deep flaws and shown an arc that doesn’t quite come to any spectacular realization.” We added that we appreciate the honesty Alvarez’s film shows” and the film is “able to elevate beyond quirk and into something lasting, whether you agree with it or not.” Ahead of a release next month, check out the trailer and poster below for the film also starring House of Card‘s Corey Stoll, Denis O’Hare, Troian Bellasario and Casey Wilson. This autobiographical comedy is the first-ever screen adaptation of the work of acclaimed writer David Sedaris. Jonathan Groff (Glee) stars as David, a young man who plans a summer in the Northwest with his friend Jennifer (Troian Bellisario of Pretty Little Liars), working on a farm. But when Jennifer unexpectedly bails on him, David is left to dirty his hands alone and jump into a series of misadventures that will take him to unfamiliar – and hilariously uncomfortable – places.