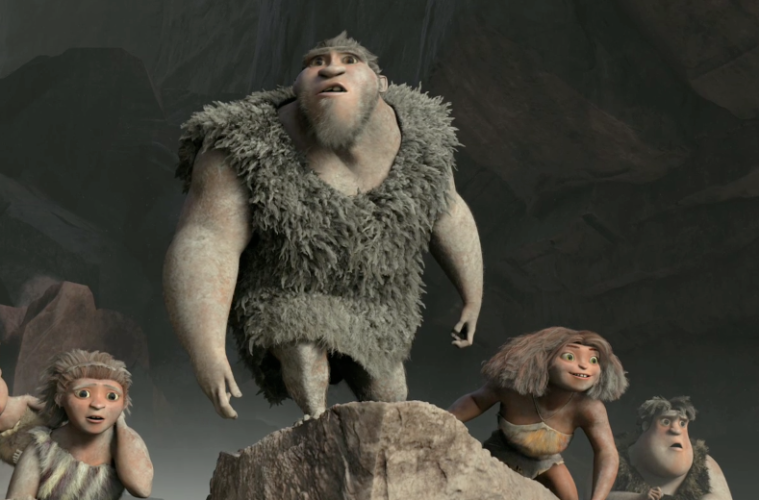 Trailer For ‘The Croods,’ The Next Adventure From ‘How To Train Your Dragon’ Co-Director

After delivering a thrilling, heartwarming tale with How to Train Your Dragon, co-director Chris Sanders is set to go even further back in time. His next animation, The Croods, sees the director team with Space Chimps helmer Kirk De Micco for a story surrounding the very first family.

We’ve got the first trailer for the film today, which sees a similar animated style to Dragon. The sense of adventure is certainly still here as our family finally leaves the cave they call home to explore a colorful, fantastical world, not unlike many, many other feature films as of late. Check it out below for the film featuring voice work from Nicolas Cage, Ryan Reynolds, Emma Stone, Catherine Keener, Clark Duke and Cloris Leachman. The Croods is a prehistoric comedy adventure that follows the world’s first family as they embark on a journey of a lifetime when the cave that has always shielded them from danger is destroyed. Traveling across a spectacular landscape, the Croods discover an incredible new world filled with fantastic creatures — and their outlook is changed forever.