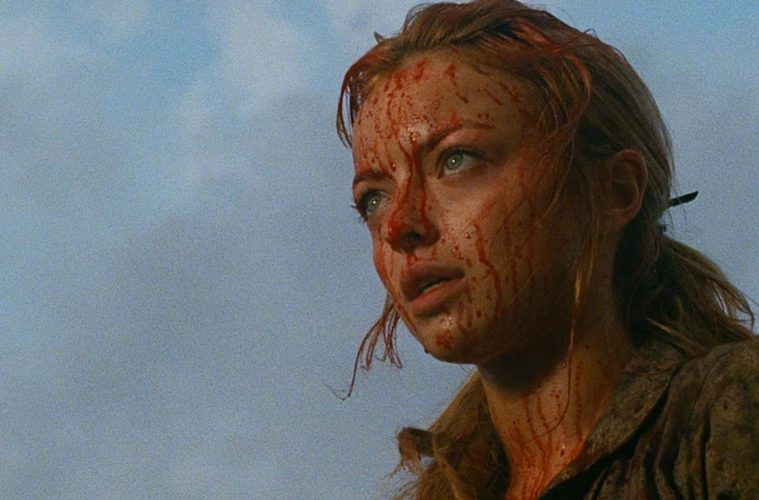 The first feature from writer-director JT Mollner has just been treated with its first trailer. Outlaws and Angels follows a seemingly innocent frontier family (including Teri Polo and Francesa Eastwood) who are invaded by a gang of criminals headed by Henry (Chad Michael Murray). Seduction, violence, and revenge ensue in this western that was a 2016 Sundance selection.

Boasting a poster reminiscent of last year’s excellent Bone Tomahawk, Outlaws and Angels shows off cast members including Luke Wilson, Chad Michael Murray, and future Twin Peaks cast member and daughter of Clint Eastwood, Francesa Eastwood in front of a blood-red sun. They all look dirt-caked and tough, but whether or not the film can achieve the same level of character depth and shocking, realistic violence as Bone Tomahawk is yet to be seen by yours truly.

However, you can trust us as we said in our review, “The western aesthetic mostly works as the film delivers kill shots that surprise, leaving several bodies on the floor. When it tries to twist the format into the kind of dark contemporary road coming-of-age dramas festivals seem to specialize in, its impact lessens. Outlaws and Angels has rare moment of tenderness amongst the ugliness, which make it a nearly impossible to review without spoiling a key plot point.”

See the trailer, along with the poster below.

When Outlaws on the lam invade the home of an unsuspecting, seemingly innocent, frontier family to hide out for the night, an unexpected game of cat and mouse ensues, leading to seduction, role reversal, and ultimately, bloody revenge. Outlaws and Angels is hitting U.S. theaters and VOD on July 15th.