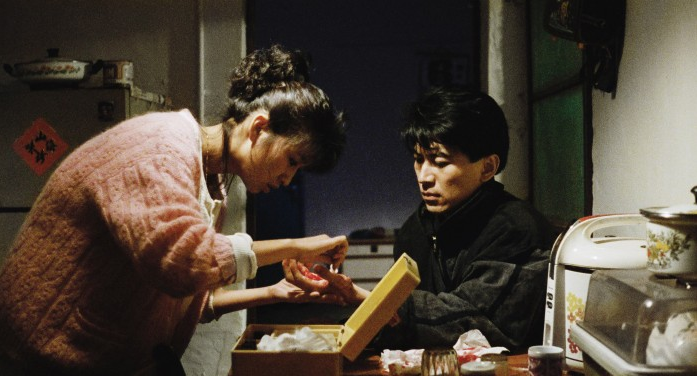 He’s one of the most praised directors of international cinema, but Hou Hsiao-hsien‘s films haven’t always received a substantial (or even negligible) release here in the United States. With his last film, the quiet epic The Assassin — which he picked up Best Director at Cannes for — getting a proper roll-out here, we hope it provokes distributors to seek out the rest of his catalogue for restoration and release treatment.

While there’s no word if it will arrive in the U.S. yet, one of his earlier films will in fact be getting a new release in the United Kingdom. Daughter of the Nile, his 1987 film which follows a young woman who struggles to support her family in Taipei, will arrive on Blu-ray in the U.K. this summer and a new trailer has now arrived. Showcasing the beautiful restoration, check it out below.

Taiwanese auteur Hou Hsiao-hsien (The Assassin, Three Times, Flight of the Red Balloon) followed up his highly acclaimed Coming of Age trilogy of films with Daughter of the Nile, a rich and poignant drama about a young woman struggling to support her family amidst the violent and neon-soaked milieu of 1980’s Taipei.

Lin (Lin Hsiao-yang) works as a waitress in a fried chicken restaurant, attends night school and pines after her brother’s friend, local gigolo Ah-sang (Fan Yang). Increasingly constrained by the casual brutality of the world around her, Lin finds escape imagining herself as the titular Daughter of the Nile, a character from her favourite manga series.

Based on the personal experiences of screenwriter, Chu T’ien-wen (Millennium Mambo; Goodbye South, Goodbye; City of Sadness) Daughter of the Nile is a profoundly moving observation of marginalised youth. The Masters of Cinema Series is proud to present the film from a new 4K restoration, available for the first time on Blu-ray and DVD in a new Dual-Format edition.

Daughter of the Nile will hit Blu-ray in the U.K. on May 22.