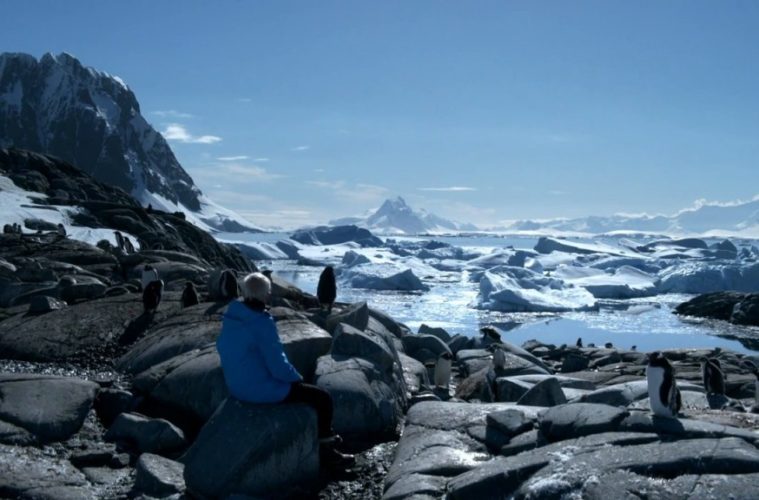 Trailer for Cannes Closer ‘Ice and the Sky,’ from ‘March of the Penguins’ Director Luc Jacquet

If we’re being honest — and it’s not as if I’ll just lie to you — closing titles at the Cannes Film Festival are, generally speaking, an underwhelming crop of cinema. As a test, look at the last five years and tell me which one you’d most like to see: Zulu, Thérèse Desqueyroux, The Beloved, The Tree, or A Fistful of Dollars. Yes, just about everyone will pick the movie that was being given a fiftieth-anniversary screening. Otherwise, this part of the ceremony has an air of appeasing some parties and shutting things down on a relatively relaxed note, saving something (perhaps) pleasant but by no means a masterpiece for last, thus preventing the many who’ve already left from feeling gypped by their programming choice.

Which doesn’t preclude interest in Ice and the Sky (known as Le galce et la ciel in its native tongue), the latest documentary from Luc Jacquet. This, like his breakthrough March of the Penguins, concerns the Antarctic, this time with an angle on pioneering global warming scientist Claude Lorius and his decades-long journey of discovery. We might see a break in the dull streak that’s affected Cannes closers: along with a trailer that, at the very least, has plenty of beautiful images, initial reactions have been largely positive — from what it sounds like, a movie that lives up to its promise.

Watch the trailer below (via Cine Maldito): Ice and the Sky is currently seeking U.S. distribution. See our Cannes coverage below: