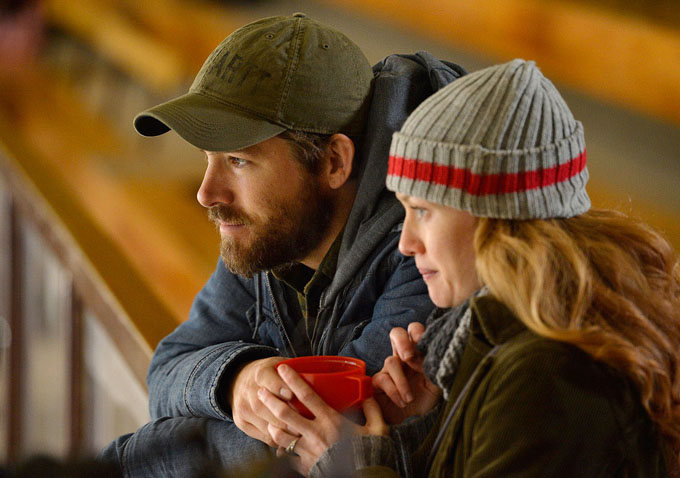 While his Devil’s Knot is quietly arriving next month, Atom Egoyan will also be headed to Cannes to premiere his latest film, the kidnapping drama Captives. Set to compete at the festival, the first trailer has now dropped today, which stars Ryan Reynolds as a father whose child goes missing under mysterious circumstances.

If you liked Prisoners, it seems like this one would be up your alley, and one can check out the preview below, as well as a huge synopsis and poster, for the film also starring Scott Speedman, Mireille Enos, Rosario Dawson, Kevin Durand, Alexia Fast and Bruce Greenwood. MATTHEW is driving his massive logging truck and leaves his precious daughter sleeping as he ducks into roadside washroom. When he returns she is gone.

In the following years, his wife TINA visits the police station where she has formed a relationship with the detective, NICOLE. Each year on CASS’s birthday, NICOLE gives TINA a report on how the search for her missing daughter is going. Lately, the police have identified the girl on the internet, but have had no success in tracking down her physical presence. CASS has aged 8 years since her disappearance. She is being held somewhere, but what is she doing there? The disturbing nature of her “broadcasts” is gradually revealed. Can CASS use these “broadcasts” to her advantage to plan her own escape?

THE CAPTIVE is a drama about how this kidnapping destroys two relationships—that of MATTHEW AND TINA, who blames her husband for all that has happened, as well of that of NICOLE and her co-­‐worker JEFFREY. NICOLE AND JEFFREY work intensely with the horrors of internet child abuse crimes from day to day. Surprisingly, they find they have a good relationship despite their horrific work and are attracted to each other. They have a strong connection until the moment when Jeffrey’s obsession with work crosses an ethical line.

Years after the kidnapping, MATTHEW is driving a truckload of nursery trees to a remote destination. On his way, he stops for an overnight stay at a motel. When he wakes the next morning his truck is gone. A single tree is left in its place. In the far distance he sees another stolen tree planted on the side of the road. Approaching it, he sees another and another. The Trees are leading him somewhere. Is this a nightmare, or is he confronting a disturbing dream come true?

The theme of THE CAPTIVE is that great evil will not go unpunished, but the twisting nature of this evil creates an unpredictable and complex story.

The Captive will premiere at Cannes.