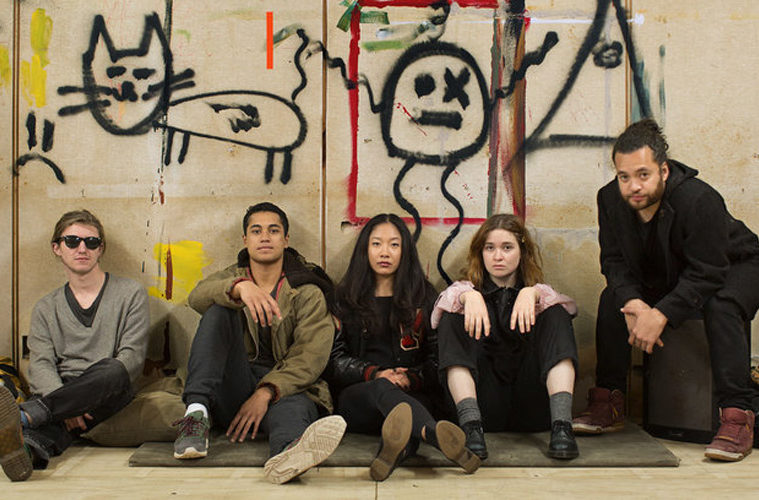 The NYFF main slate largely consists of well-established and years-in-the-making auteurs, which inevitably means that the — note: I rather dislike this term, and especially when discussing a festival that does much to provide audiences with world cinema, so forgive me — “smaller” selections get a bit overshadowed, even if only on first glance. One such item that’s caught my eye is U.S. premiere The Rehearsal, the new film from Alison Maclean (Jesus’ Son) that adapts the debut novel by Eleanor Catton, a New Zealand author who’d go on to bigger things with her Man Booker-winning follow-up, The Luminaries.

But enough about “bigger” and “smaller.” The Rehearsal is a finely drawn, conceptually adventurous novel (in its theatrical focus, often reminiscent of Rivette) attuned to the many particular feelings that come with entering a new school and trying to make something of yourself in light of others’ expectations — easy-to-connect-with, hard-to-translate material that may have been nailed down by Maclean. Or so the festival’s capsule will have us believe:

Alison Maclean (Jesus’ Son) returns to her New Zealand filmmaking roots with a multilayered coming-of-age story about a young actor (James Rolleston) searching for the truth of a character he’s playing onstage and the resulting moral dilemma in his personal life. Set largely in a drama school, featuring Kerry Fox as a diva-like teacher who tries to shape her student’s raw talent,The Rehearsal, adapted from the novel by Eleanor Catton, demystifies actors and acting in order to reveal the moments where craft becomes art. The same happens with Maclean’s understated but penetrating filmmaking. Her concentration on the quotidian yields a finale that borders on the sublime.