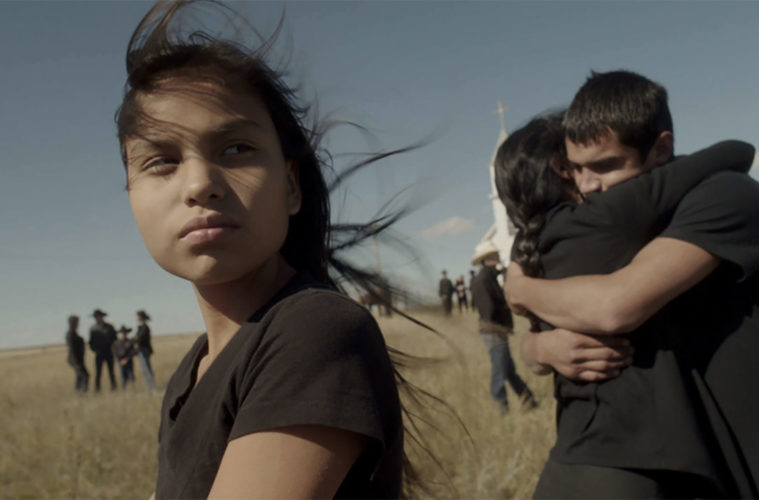 It flew under the radar upon making appearances at various festivals, and it seems plenty likely to go unnoticed when finally released, small-scale, into the stream of spring titles — so perhaps a trailer will bring necessary attention to Songs My Brother Taught Me. Well-received by those who’ve seen it, Chloe Zhao‘s film examines modern-day Native American life, hardly a popular topic, marked by a supposed incisiveness, eye-opening clarity, and significant degree of formal control

Ahead of a limited run that commences at New York’s Film Forum, Kino have released a trailer that gives some sense of the picture’s scope, form- and narrative-wise. Mysterious, beautiful, grand, and intimate, the selection of images are rather fine. There’s reason to believe that holds true of the picture entire.

Have a look at the trailer below:

The setting is the often starkly beautiful Badlands of South Dakota’s Pine Ridge Indian Reservation; most of the key players are young Lakota Native Americans who attend Little Wound High School. Johnny and his preteen sister, Jashaun, spend time on horseback when they’re not selling illegal liquor or tattoo-designed apparel. Director Chloe Zhao captures the subtleties of a marginalized existence in which the historic culture of a people can’t compete on a level playing field with the modern problems of poverty, alcoholism, and violence. Amazingly, she embroiders her tale with moments of breathtaking natural beauty that offset the despair her characters struggle against. SONGS is an auspicious debut feature from a director whose superb eye is informed by the sophisticated and nuanced compassion she brings to her story.

Songs My Brother Taught Me begins its theatrical run at New York’s Film Forum on March 2.