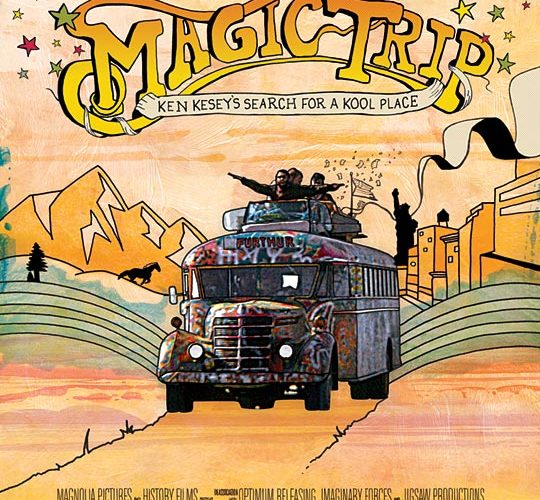 Documentary filmmaker Alex Gibney just doesn’t stop. After winning the Oscar for Taxi to the Dark Side in 2008 he has released Gonzo: The Life and Work of Dr. Hunter S. Thompson, Casino Jack and the United States of Money, My Trip to Al-Qaeda, Freakonomics, and Client 9: The Rise and Fall of Eliot Spitzer.

He recently premiered Magic Trip at Sundance and then his latest film, Catching Hell debuted at Tribeca just a few weeks ago. We now have the trailer for the former film, who he co-directed with Alison Ellwood. The film follows the 1964 expedition of One Flew Over the Cuckoo’s Nest author Ken Kesey on his drug-fueled road trip. It didn’t garner strong reviews at Sundance, but one can see the trailer below via Apple and the film later this summer on VOD and in theaters. In 1964, Ken Kesey, the famed author of “One Flew Over the Cuckoo’s Nest,” set off on a legendary, LSD-fuelled cross-country road trip to the New York World’s Fair. He was joined by “The Merry Band of Pranksters,” a renegade group of counterculture truth-seekers, including Neal Cassady, the American icon immortalized in Kerouac’s “On the Road,” and the driver and painter of the psychedelic Magic Bus. Kesey and the Pranksters intended to make a documentary about their trip, shooting footage on 16MM, but the film was never finished and the footage has remained virtually unseen. With MAGIC TRIP, Academy Award-winning filmmaker Alex Gibney (Taxi to the Dark Side) and co-director Alison Ellwood were given unprecedented access to this raw footage by the Kesey family. They worked with the Film Foundation, HISTORY and the UCLA Film Archives to restore over 100 hours of film and audiotape, and have shaped an invaluable document of this extraordinary piece of American history.

Are you a fan of Gibney? What do you think of trailer?