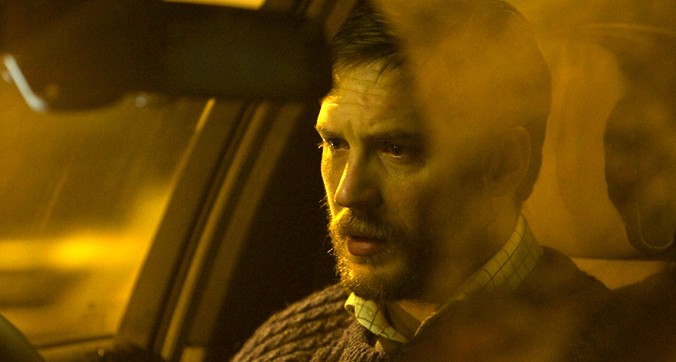 In virtually every frame of Bronson Tom Hardy commands the screen and it led to his break-out role. Now, a handful of years later, he’s set to star in a film that could have easily taken the name of Nicolas Winding Refn‘s biggest hit, Drive. Coming from Eastern Promises writer Steven Knight, Locke finds the actor as the sole face of a real-time thriller and today brings the first U.S. trailer. Following strong reviews since its Venice Film Festival premiere, check out the intense preview and poster below for the film that also features the voices of Ruth Wilson, Olivia Colman, Andrew Scott, Tom Holland and Bill Milner. Ivan Locke has crafted a nearly flawless life. Professionally, he is an obsessive perfectionist, respected by his coworkers and loved by his bosses. He cherishes the bond he shares with his two sons and the unshakeable partnership he has developed with his wife. This is the life he always imagined, an ideal existence built with painstaking care.

Hours before the biggest day of his career, Locke receives a phone call that threatens to destroy the life he has worked so meticulously to create. As he struggles to keep his world intact, he is forced to confront his imperfections and the fractured foundation where they are rooted.