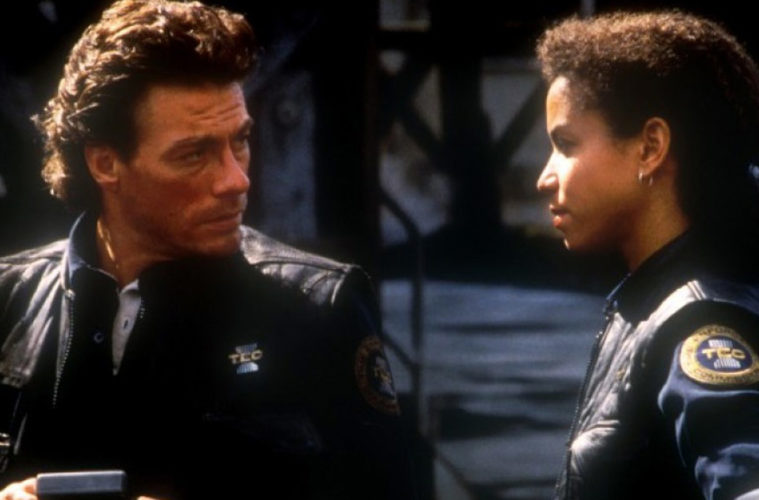 ‘Timecop’ Being Rebooted by Universal

Because, why not!? Heat Vision reports that Universal is planning a reboot of Timecop, a 1994 science fiction/action film that starred Jean-Claude Van Damme and was based off a 1992 short comic story from Dark Horse Comics. The basic jist of the Timecop universe goes like this: after the discovery of time travel, the U.S. Government creates the Time Enforcement Commission (TEC) to help prevent unsavory characters from using time travel for nefarious purposes (taking advantage of the Stock Market crash for financial gain, etc.).

The 1994 film followed Van Damme as a TEC agent who finds out the man overseeing the commission, Senator Aaron McComb (played by Ron Silver), is using time travel to help finance his bid for presidency. As with most time travel movies, it gets a bit convoluted as it goes on with the older TEC agent Van Damme fighting off thugs trying to beat up the younger pre-TEC agent Van Damme. The original Timecop ended up grossing over 100 million at the box office and spawned a video game in 1995, a syndicated TV series in 1997, and a direct to DVD sequel in 2003 which starred Jason Scott Lee (and none of the original cast).

With studios desperate to make new franchises to milk every penny they can, it’s no surprise Universal is returning to Timecop, hoping that this time around it can get even more out of it. And honestly more power to them, because Timecop, ridiculous name be damned, has a cool universe worth exploring all over again. I’ll be fourth or fifth in line to check this one out (I don’t like being too early), even if it doesn’t star the kick-ass Belgian who apparently had “must be shown doing the splits” as a permanent part of his contract in the 90’s.

Any thoughts on a new Timecop? Who do you see taking over the lead role?