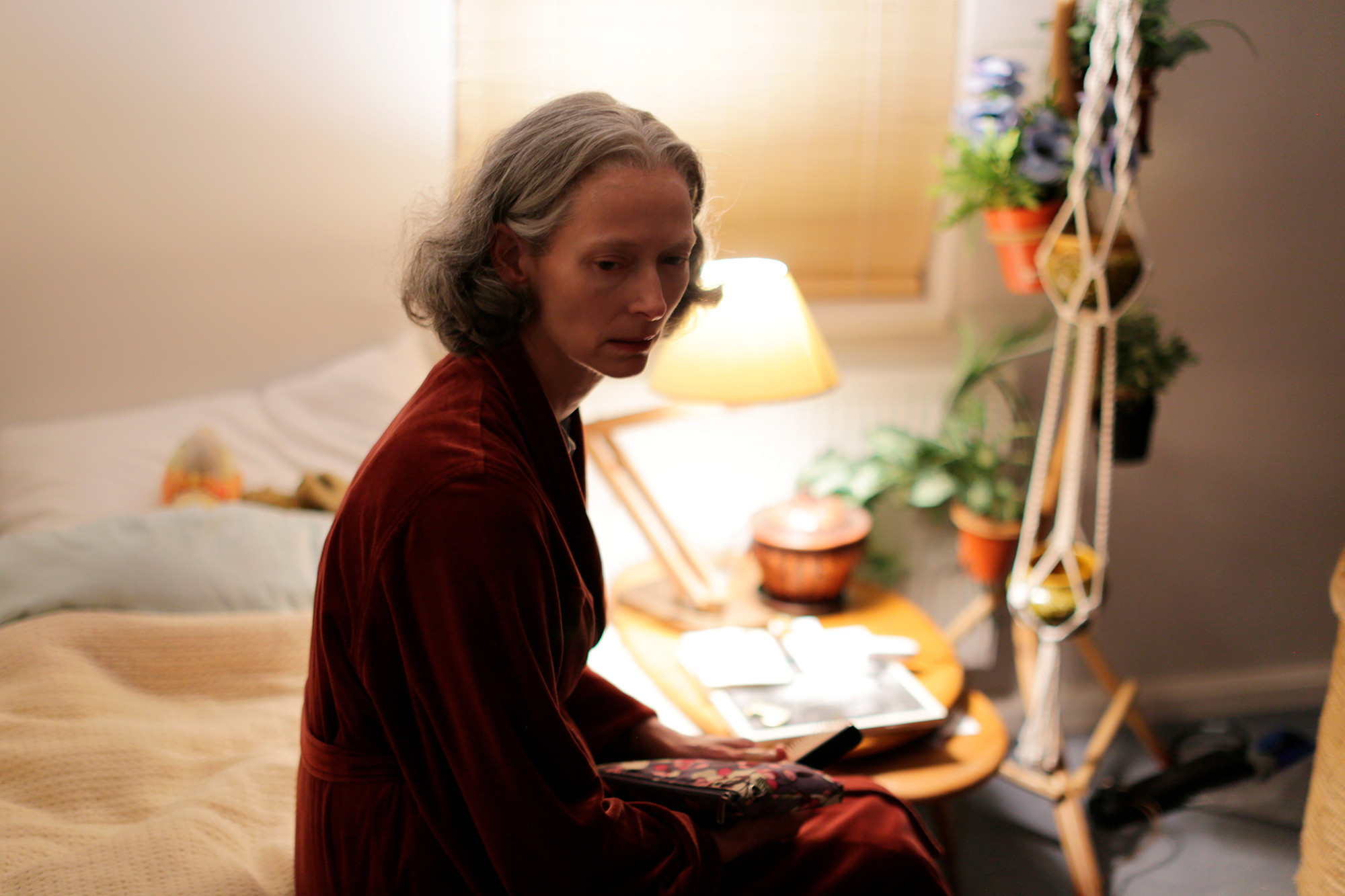 Update: A24 has acquired Hogg’s new film, described as a “ghost story about a middle-aged daughter and her elderly mother who must confront long-buried secrets when they return to their former family home, a once-grand manor that has become a nearly vacant hotel brimming with mystery.”

With upcoming films directed by Apichatpong Weerasethakul, George Miller, Wes Anderson, and Joanna Hogg on her slate, Tilda Swinton is only beaten out by Léa Seydoux when it comes to the highest number of entries in our most-anticipated films of 2021 list. The British actress is continuing to stay busy, reteaming with one of the aforementioned directors, along with another newly announced project.

After beginning her career with Joanna Hogg, Swinton reteamed with the director for The Souvenir and will be seen in her follow-up The Souvenir: Part II alongside her daughter, Honor Swinton Byrne, who leads the film as an aspiring filmmaker. Now, Swinton has revealed in UK Vogue’s February 2021 issue that she’s reteamed once again with Hogg for another new project, which was already shot on location in Wales.

While she gives no additional details in the interview, we did some more digging and it looks like the project is titled The Eternal Daughter, and it was being developed by Hogg as far back as 2008. It looks like Carly-Sophia Davies and Joseph Mydell are also part of the cast, with Element Pictures backing the production. As we await more details, Swinton also reveals her daughter may have already stepped away from acting.

“We’ve already moved on, because my daughter is now a psychology and neurology student in Edinburgh,” Swinton said. “Honor is extraordinary. She stepped into the films with such grace and openness, with absolutely no intention of ending up anywhere.” While we await The Souvenir: Part II and The Eternal Daughter, read our recent conversation with Hogg here.

Tilda Swinton has also become attached to another new project as The Guardian reports she’ll lead the next film from Christopher Doyle. Set to shoot in Australia with the working title of Immunodeficiency, it’ll also star Joe Odagiri. With a script by Doyle and Hei Wen, the film follows “a bee professor who comes to Australia and gets kidnapped by an obsessive young woman.”

“It’s about ecological issues. It’s about bees. Ninety per cent of what we eat only exists because of bees,” he says of the $6 million budget. “And, of course, when the male drone f—s the queen, he dies. Hello, isn’t that a metaphor? That’s the real story! And they f— in mid-air, which is fantastic.”

In another interesting tidbit––and in direct contrast with our recent interview with Doyle––it sounds like he’d be open to reteaming with Wong Kar Wai after collaborating on such masterworks as In the Mood for Love, Chungking Express, Happy Together, and more. “Those films were not made by Wong Kar Wai and me, they were created by the energy of the people in this place at that period of history. Now unfortunately, as you probably know and especially the Australian press will tell you, it’s gone. But I don’t think so,” he said. “I think we still have it and we’re going to rework it in some way.”

Their latest reworking can be seen in the newly restored and re-edited films of Wong Kar Wai. In the meantime, as we await release dates for all of the aforementioned Tilda Swinton films, she can be seen in Pedro Almodóvar’s