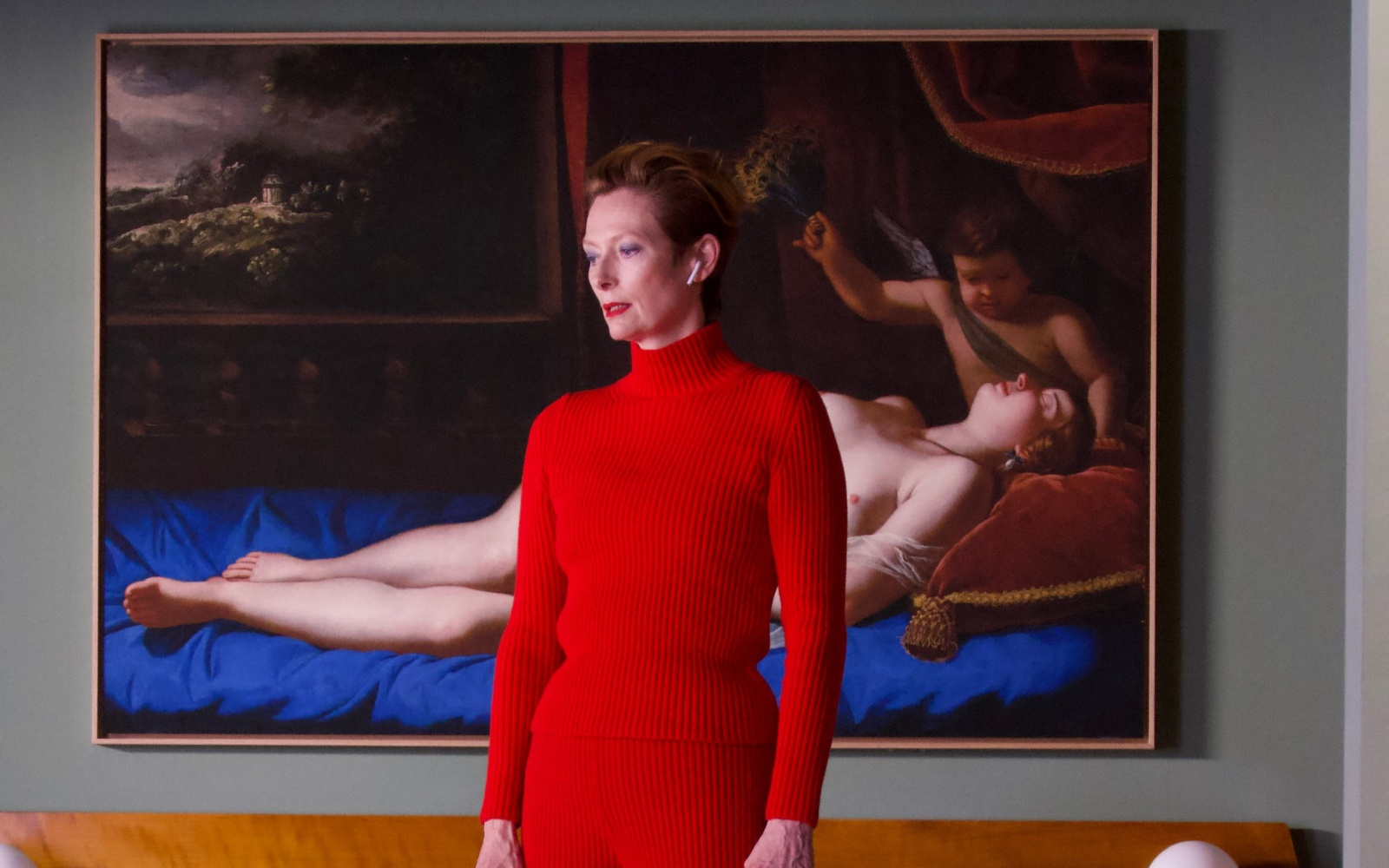 And like that, the Venice Film Festival, and maybe auteur cinema itself, is back. Recovering from a global pandemic that has altered life as we know it, and will have enormous repercussions for the arts, watching The Human Voice felt like more than just catching a morning festival screening. The hush and anticipation across the cavernous Sala Darsena was palpable. Even clad in masks, looking like an audience of on-duty surgeons, for 30 minutes we were reminded of the potency of real cinema, and the continued vitality of Pedro Almodóvar.

Short work by great directors is customary at major festivals, but most often it underwhelms. Not here. Perhaps it’s because this is a project with special resonance for Almodóvar. The Human Voice, Jean Cocteau’s one-act, one-character monodrama has echoed across the Spanish great’s career. It’s directly referenced in Law of Desire and informs the plot of Women on the Verge of a Nervous Breakdown. And Almodóvar’s own debut work in the English-language has been a long-delayed event––past projects he was touted for include Brokeback Mountain and The Paperboy (a bullet dodged?). Tilda Swinton, key collaborator of the greatest working filmmakers, plays the unnamed woman teetering on the verge of yes, a breakdown, but one eventually focused into cataclysmic external force.

Few filmmakers working today explore color and concoct mise-en-scene like Almodóvar. From the first shot, we’re plunged into his hyperreal, hyper-designed world, and his red tones pop out like a 3D effect. The experience is so ravishing you almost need sunglasses. Swinton’s central character begins the film waiting for the call of her lover, bursting with that particular delayed longing one has for a paramour. But first, in a touch recalling Paul Verhoeven’s Elle, she buys an axe. The clerk at the hardware store desk barely blinks, and he addresses her in a way that suggests she’s a celebrity (her exact occupation isn’t clear in the film). The credit sequence notes the work is “freely adapted” from Cocteau’s text, and it plays well for newcomers, and I imagine for those familiar with prior versions.

The greatest additions seem to be the preamble to the main monologue, portrayed dialogue-free, almost like a silent film. We get a coffee table strewn with Blu-rays and books (I could gauge where Tilda/Pedro might stand in the Netflix debate), and more ominously, drawers and drawers full of prescription medication. It’s a recipe for creating and coping with loneliness, and we can’t forget the suspense device of an axe. Then, Swinton’s lover rings. She assembles the hands-free and wireless earbuds, but is blindsided by her lover’s eventual message.

Swinton grows into her monologue, which is acted with tremulous force. At first, there appears to be a disconnect with other aspects of Almodóvar’s direction, as her initial delivery seems projected for the stage rather than the claustrophobic cinematic space of her home. Gaining momentum, Swinton then portrays the rug-pulled-out sensation of being dumped, her external actions syncing with the mental shock.

Almodóvar’s work always evokes other artforms beyond the cinema. The Human Voice shows how great texts are malleable: this is his particular take, and not a definitive, canonical edition. Other directors would probably choose a more minimalist way to translate the piece, perhaps like Beckett’s one-act monologues such as Not I and Rockaby. The Human Voice whets the appetite for further collaboration between the due, and more excellent work as the director eases into his “late” period.

The Human Voice premiered at the Venice Film Festival.