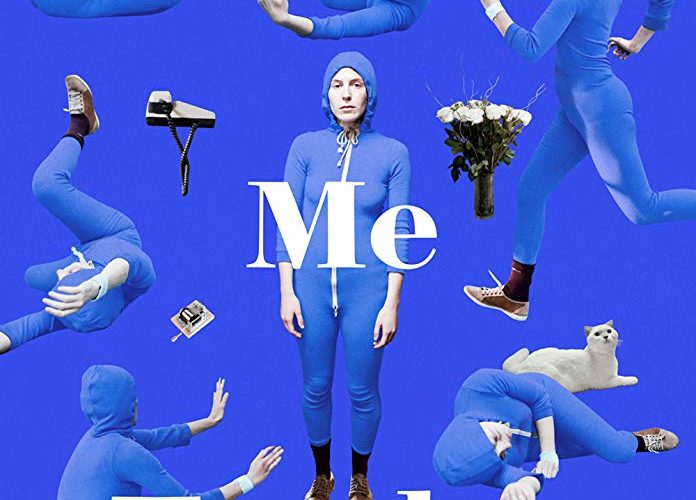 Seconda (Barbara Giordano) is the second born child of Augusto (Maurizio Tabani) and Dominique (Anna Galante) and she cannot leave the house. Her agoraphobia might be at its most potent now at thirty-two years old, this latest stint of seclusion hitting the nine-month mark despite her parents imploring her to go outside. Sometimes zipping herself up in a blue hoodie provides the protection necessary to brave the world, but mostly Seconda would rather dance in her room and hiss at the family cat. Augusto and Dominique are unsurprisingly tired and frustrated, but love her just the same. If only they could get her to take her medication and forget the absence of the sister (Juliette) who’s demise is thus far unknown, maybe she would lead a normal life. What is “normal,” though? Writer/director Klaudia Reynicke’s Love Me Tender answers: “Everything.” Just because Seconda doesn’t adhere to the word in a traditional sense doesn’t mean she doesn’t have wants and desires. She values survival and craves love both from those drifting away and those she’s yet to meet. If wearing that hoodie allows her to stiffly and silently journey down the street, it doesn’t deserve the constant snickering from the strangers she bumps into in her attempt to hold a straight line and not overthink herself into an overwhelming assault of anxiety. And if a young girl (Federica Vermiglio) provoking her in the same way she provokes others through her window helps rile her up to exit that door, maybe a challenge was all she ever needed.

No test of mettle is greater than abandonment and it’s not long before Reynicke forces her lead to fend for herself. Mom dies suddenly and Dad simply leaves with a note devoid of explanation. If not for the cat she hates and a creditor (Gilles Privat’s Henry) leaving vulgar threats on the answering machine that she learns to enjoy via their consistency, Seconda would be completely alone. Eventually food dwindles, thoughts of suicide mount, and her inability to end it all finds her caught within a series of absurdly comic scenarios including kidnapping (she really wants Antonio Bannò’s Santo to murder her) and awkward, unwanted courtship (Henry becoming more than a voice on the phone). More details about her past are discovered and we realize her strength cannot be contained. That strength is what we’re shown from frame one (Seconda running towards a child who runs towards her with the former standing tall after a collision and the latter crumpling to the ground). Reynicke talks about this film being born from a desire to write an “anti-superhero” who uses her fragility as a weapon. Seconda therefore acknowledges her mental health issues and battles the internal war of wanting to get better all while never wielding the condition as a crutch. She’s not yelling out the window for people to buy her food at the store. She’ll just eat the cat’s stash instead. And when Henry arrives unannounced for the money owed to him by her father, Seconda’s refusal to exit the door becomes an empowered stance of defiance.

Her journey becomes one of baby steps forward as the situations she’s confronted by escalate beyond her current mode and thus push her to go further. An insult becomes a voice that tells her she’s not alone and a promise unfulfilled becomes the catalyst to cross town and collect. We often have to wonder if what we’re seeing is real considering we’re never aware of how much time has elapsed. Did her mother really die? Did her father really disappear? I think it would be safe to say that Love Me Tender is an amalgam of both possibilities as the heightened façade augments reality through her eyes despite not warping its concrete details. How Seconda deals with tragedy is filtered, but the tragedies themselves are not. The result is a strangely enchanting experience with some wild moments like a kinetic loop of hoodie imprisonment to temper the longer, more prevalent passages of stir-crazy uncertainty without escape. Seconda realizes her formidability by disarming those meaning to do her harm with a single look whether or not she’s trying to do so. The only person that truly gets under her skin is the little girl taunting her with words and objects thrown from a distance knowing retribution probably isn’t in the cards. If Seconda’s entire life were spent as some creature for others to gawk at rather than understand, it’s no surprise she’d want to permanently remove herself from that pain. Without her parents working as a barrier, however, those eccentricities might alternatively prove endearing.

Survival thus becomes about more than sustenance once her desire to die leads her down a path that supplies a reason to live—and by live I mean enjoying her existence. Seconda has the chance to do all the things her sister can’t and the danger projected upon her begins to fall away as she works to tear down the walls of her mind that have kept her locked-up. It won’t be an easy process and forgiveness is hardly something she should willingly dole out without reason, but a cautious and hopeful step in the right direction is often unquantifiable as far as its potential is concerned. Watching Giordano evolve Seconda’s fear from crippling terror to excitement in the unknown is therefore well worth the price of admission.

Love Me Tender screened at the Toronto International Film Festival.