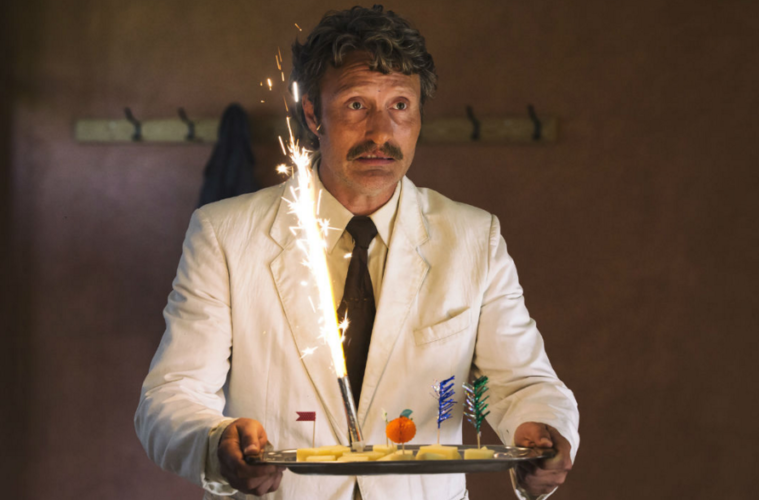 If Mads Mikkelsen takes part in a feature, we will surely show up, and it’s a bonus when it’s a great film. This is the case when it comes with his latest, the strange dark comedy Men & Chicken, which follows misfit brothers who go on a search for their real father. One of our top films to see this month, it’ll arrive in a few weeks and today the trailer from Drafthouse Films has arrived, featuring a quote from us.

Men & Chicken is a darkly hilarious slapstick comedy starring Mads Mikkelsen (“Hannibal,” ingeniously cast against type) about a pair of socially-challenged siblings who discover they are adopted half-brothers in their late father’s videotaped will. Their journey in search of their true father takes them to the small, insular Danish island of Ork, where they stumble upon three additional half-brothers—each also sporting hereditary harelips and lunatic tendencies—living in a dilapidated mansion overrun by barn animals. Initially unwelcome by their newfound kin, the two visitors stubbornly wear them down until they’re reluctantly invited to stay. As the misfit bunch get to know each other, they unwittingly uncover a deep family secret that ultimately binds them together.

Directed by acclaimed, Oscar®-winning director Anders Thomas Jensen and co-starring David Dencik (The Girl With The Dragon Tattoo), the inventively bizarre Men & Chicken has been described as an outlandish hybrid of The Three Stooges and The Island of Dr. Moreau.