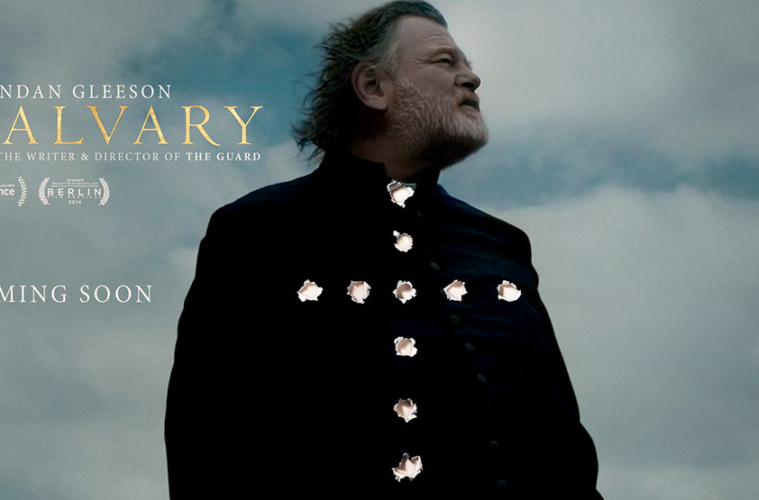 Coming off his acclaimed directorial debut The Guard, John Michael McDonagh reteamed with star Brendan Gleeson for his follow-up Calvary, a film which enjoyed a premiere at Sundance Film Festival earlier this year. The dark comedy follows Gleeson as a priest who discovers he’s going to be killed in a week’s time in retribution for terrible sins committed by a terrible priest.

We were mixed in our review, saying, “Unfortunately, too many conversations tread over the same ground while the laconic pacing begins to wear thin. Considerable violence is played for laughs, sometimes undermining the more dramatic character developments. The script’s cynicism does mesh well with James’ sympathetic loner, building to a final scene that resonates with surprising force.” Ahead of a release in August, check out the trailer and poster below for the film also starring Chris O’Dowd, Kelly Reilly, Aidan Gillen, Dylan Moran, Isaach De Bankolé, M. Emmet Walsh, Marie-Josée Croze, Domhnall Gleeson, and David Wilmot.

Calvary’s Father James (Brendan Gleeson) is a good priest who is faced with sinister and troubling circumstances brought about by a mysterious member of his parish. Although he continues to comfort his own fragile daughter (Kely Reilly) and reach out to help members of his church with their various scurrilous moral—and often comic—problems, he feels sinister forces closing in, and begins to wonder if he will have the courage to face his own personal Calvary.