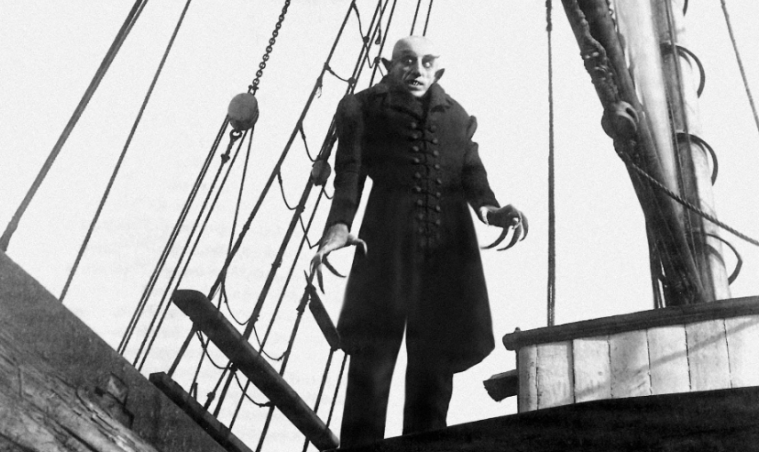 Having thoroughly decimated viewers with his paralyzing directorial debut The Witch earlier this year, it looks as if Robert Eggers isn’t quite finished feasting on the mush that is the remnants of our intrepidity. As a guest on the Filmmaker Toolkit podcast over at Indiewire, Eggers has confirmed that, after initial news last year, his next project will definitely be a remake of F. W. Murnau’s 1922 horror classic Nosferatu.

“[It’s shocking] to me,” said Eggers. “It feels ugly and blasphemous and egomaniacal and disgusting for a filmmaker in my place to do Nosferatu next. I was really planning on waiting a while, but that’s how fate shook out.”

Eggers’ history with Count Orlok is quite an extensive obsession to say the least. Between forcing his mother to order a VHS copy of the film when he was still in elementary school to directing a pair of plays based on the vampire for the stage as a teenager, Nosferatu played an integral part in shaping Robert Eggers as a filmmaker.

“That’s when I realized this is what I want to be doing,” said Eggers. “Nosferatu has a very close, magical connection for me. Though if I were to make the movie 17-year-old Rob was going to make of Nosferatu it would have been something between like The Nightmare Before Christmas and Sin City, whereas this is going to be the same approach as The Witch, where 1830s Biedermeier Baltic Germany needs to be articulated in a way that seems real.”

A product of Jeff Robinov’s Studio 8, Eggers kept a tight lid on the details of his remake. However, the director stated that his infatuation with history, which largely influenced the script and visuals of The Witch, will help form his take on the vampire. As we await the end result, horror fans can rest soundly knowing that Murnau’s masterpiece is in Eggers’ very capable hands.