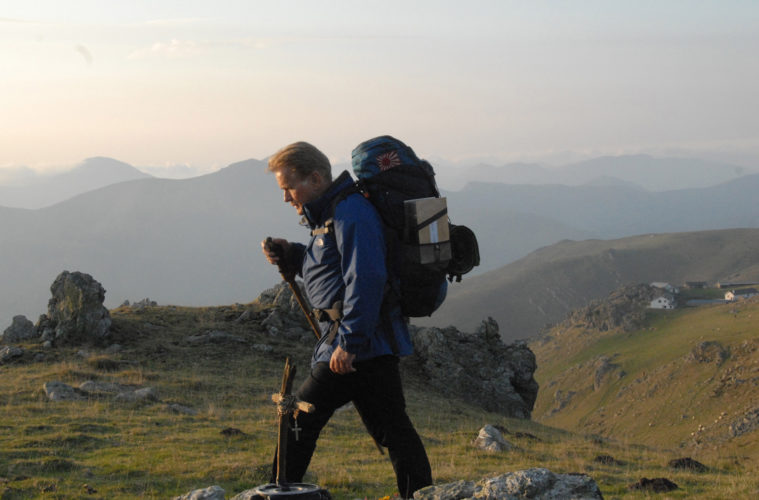 It looks like Charlie Sheen wasn’t around to join this family reunion. Premiering at Toronto Film Festival to good reviews, Emilio Estevez has directed his father Martin Sheen (and his own ashes) in The Way. Don’t worry, it isn’t a spoiler as this is revealed early on in just the trailer. I’ve heard the film is light and predictable, but well-made with solid performances; with the trailer telling just as much. Check it out below via Apple for the drama also starring Deborah Kara Unger, James Nesbitt and Yorick van Wageningen.

THE WAY is a powerful and inspirational story about family, friends, and the challenges we face while navigating this ever changing and complicated world. Martin Sheen plays Tom, an irascible American doctor who comes to St. Jean Pied de Port, France to collect the remains of his adult son (played by Emilio Estevez), killed in the Pyrenees in a storm while walking The Camino de Santiago, also known as The Way of Saint James. Rather than return home, Tom decides embark on the historical pilgrimage to honor his son’s desire to finish the journey. What Tom doesn’t plan on, is the profound impact the journey will have on him and his “California Bubble Life”.

Inexperienced as a trekker, Tom soon discovers that he will not be alone on this journey. On “The Way,” Tom meets other pilgrims from around the world, each with their own “issues” and looking for greater meaning in their lives: a Dutchman (Yorick van Wageningen) a Canadian (Deborah Kara Unger) and an Irish writer (James Nesbitt) who is suffering from a bout of “writer’s block.”

From the unexpected and oftentimes, amusing experiences along “The Way,” this unlikely quartet of misfits create an everlasting bond and Tom begins to learn what it means to be a citizen of the world again. Through Tom’s unresolved relationship with his son, he discovers the difference between “the life we live and the life we choose.