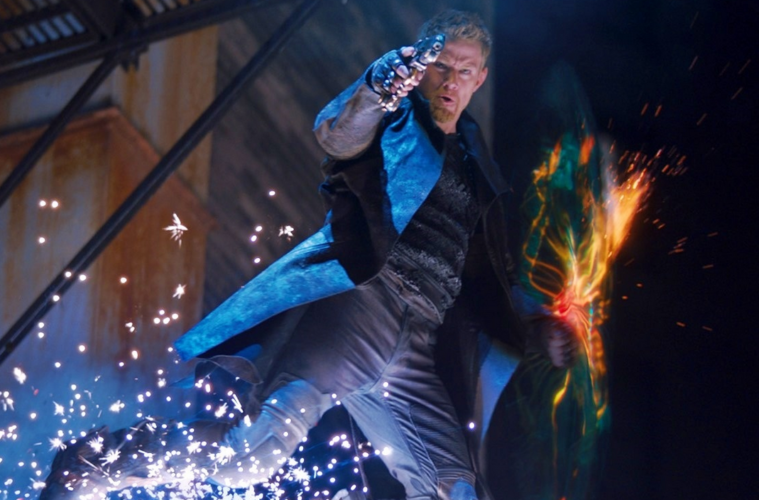 From the first trailer, you were either on board or turned off by Lana and Andy Wachowski‘s latest sci-fi adventure, Jupiter Ascending. Coming off their passion project, Cloud Atlas, the looked to go in perhaps even a weirder direction, led by Channing Tatum and Mila Kunis. Taking place in a near future where humans aren’t as evolved as powerful beings across the universe (with Tatum playing a hybrid of a wolf and an albino), we’ve now got a new glimpse of footage today.

This look, coming in the form of a Japanese trailer, likely won’t sell detractors, but it helps get a better glimpse of the story, which finds Kunis, a mere earthling, becoming an assassination target by the queen of the universe. Also starring Sean Bean, Eddie Redmayne, Doona Bae, Douglas Booth, Tuppence Middleton, Tim Pigott-Smith, and James D’Arcy, check it out below.

Jupiter Jones (Kunis) was born under a night sky, with signs predicting that she was destined for great things. Now grown, Jupiter dreams of the stars but wakes up to the cold reality of a job cleaning other people’s houses and an endless run of bad breaks. Only when Caine (Tatum), a genetically engineered ex-military hunter, arrives on Earth to track her down does Jupiter begin to glimpse the fate that has been waiting for her all along—her genetic signature marks her as next in line for an extraordinary inheritance that could alter the balance of the cosmos.