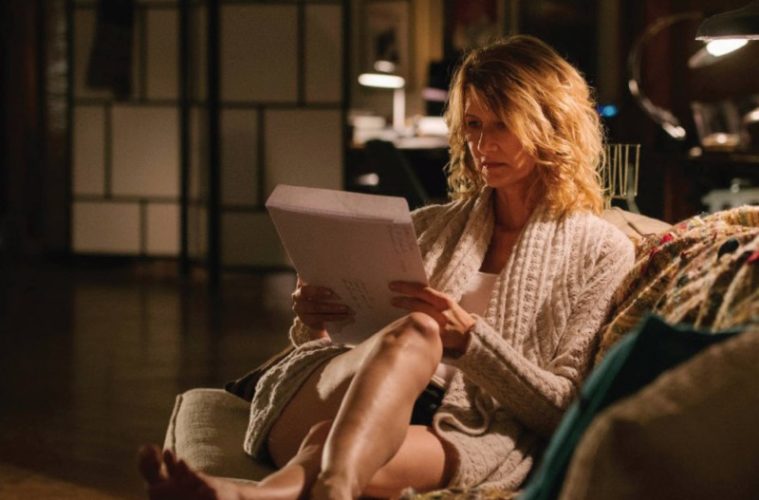 ‘The Tale’ Trailer: Laura Dern Confronts Her Past in Powerful Tale of Sexual Abuse

The most powerful experience I’ve had at a theater this year is during Jennifer Fox’s The Tale at Sundance, but it won’t be the way the majority of viewers experience this harrowing tale of sexual abuse. Perhaps for the better due to the depiction of its subject matter, HBO picked up the Laura Dern-led film and will premiere it next month. Ahead of the release, they’ve now debuted the first trailer.

When letters are unearthed revealing more about a “relationship” when she was 13, Fox (Dern) starts to not only investigate in the present-day, but excavates the memories that she’s repeated since the trauma and opens a dialogue with her younger self (Isabelle Nélisse). What she perceived as a relationship was, in fact, repeated rape. Directed by Fox herself, The Tale is an emotionally debilitating drama, the powerful kind that makes one want to scream rage at the events on the screen, but are choked by silence as the credits roll, comprehending the irrecoverable damage caused to the protagonist and the director, as the events are based on her own life.

I said in my review, “With The Tale, Fox has not only created a deeply personal investigative memoir, but one that could stand as a model to those that have been abused and seek the truth and some semblance of retribution. Showing the psychologically grueling, often confusing process of realization, acceptance and, ultimately, confrontation, Fox bravely handles each aspect with detail and care. In the months to come, many films will be labeled at “the movie of the year,” but none will feel as resonant as this story. The Tale is a soul-excavating reckoning with the suppression of trauma and a testament to the courage required for a victim to confront the most damaging moments of their lives.”

The Tale premieres on HBO on May 26.