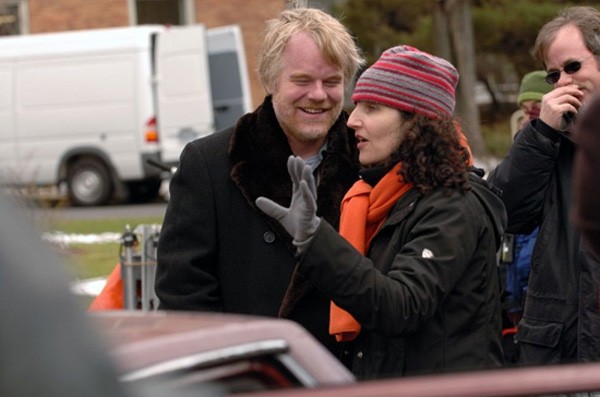 This year will mark a decade since the release of The Savages, the second feature from Slums of Beverly Hills director Tamara Jenkins. Starring Laura Linney and Philip Seymour Hoffman, it was a powerfully-acted, perceptive look at familial struggle, and we’ve been waiting ever since for her follow-up. 10 years later, it is finally coming and a cast has already been set.

Financed and distributed by Netflix, Private Life stars Paul Giamatti, Kathryn Hahn, Molly Shannon, and John Carroll Lynch. Jenkins’ script follows a married couple (Giamatti and Hahn) who are struggling with infertility and its damaging effect on their relationship, but when their niece offers up her eggs, things change. Shannon, who picked up an Indie Spirit award for Other People this year, will play the niece’s mother, while Lynch plays Giamatti’s brother and Shannon’s husband.

Produced by Anthony Bregman and Stefanie Azpiazu (Enough Said, Indignation), production kicks off soon for a potential 2017 release. As we greatly await the film, check out a talk with Hoffman and Linney around the release of The Savages below. [Variety/TB]