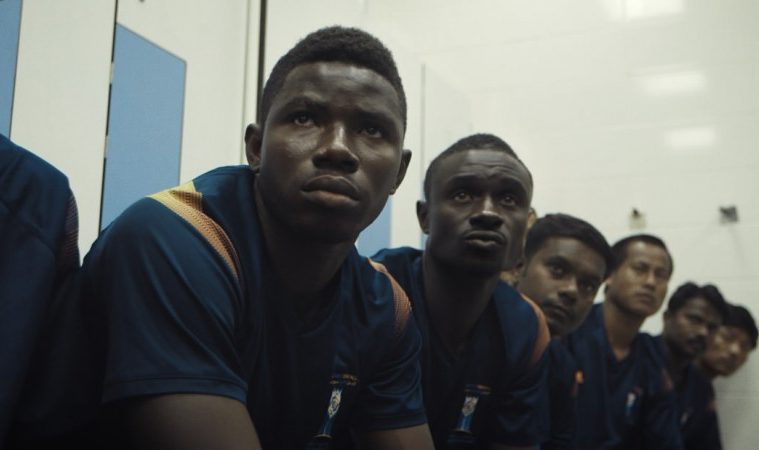 The Workers Cup, which initially premiered at the 2017 Sundance Film Festival, now has its first trailer ahead of a fitting theatrical debut timed to the 2018 World Cup. Adam Sobel makes his directorial debut with this moving and insightful documentary that tells the story of the migrant workers in Qatar who are building the necessary facilities for the 2022 World Cup.

While the working and living conditions are inhumane and disheartening, these workers are given the opportunity to participate in their own soccer tournament. This inclusion and participation offers a glimmer of hope – as heard in the trailer: “With a tournament like this maybe scouts will be coming around to pick players, and so I have this hope and courage that maybe I can have a way out.”

After catching The Workers Cup at Sundance, The Film Stage’s John Fink described the film as “a bittersweet portrait of the labor that built the glimmering towers, stadiums, and luxury malls.” You can read his full review here and see the trailer + poster below.

From Passion River Films, The Workers Cup will premiere in a limited theatrical release in Los Angeles and New York on June 8.