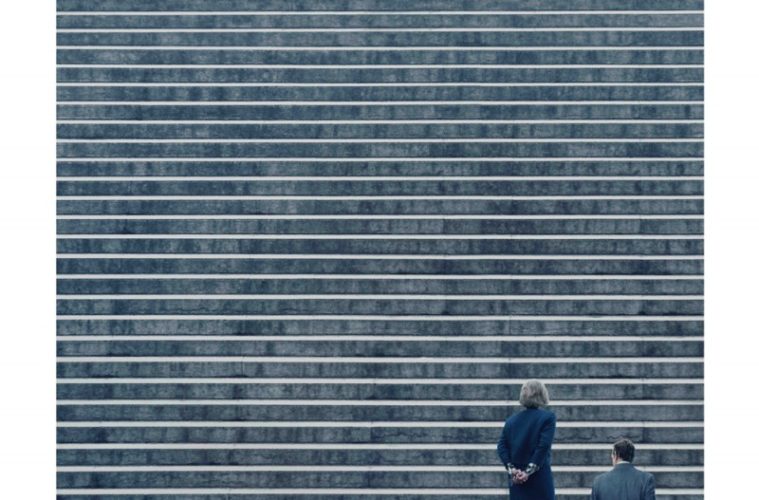 ‘The Post’ Review: Steven Spielberg’s Craft Gets Hobbled by a Script Not Fit to Print

That focus-shift is significant, though whether it will even bother a viewer depends heavily on how their worldview aligns with that of director Steven Spielberg. It’s a difficult hurdle for me to clear. I am not a patriot, and I find trying to wring inspiration from this part of history – to inspire hope because the government’s misdeeds were exposed, while dancing around just what those misdeeds were, to say nothing of how no one was ever really punished for them – wrongheaded at best.

Artists have long grappled with reconciling the ideals of what America is supposed to be with the country’s often ugly reality. The sheer sprawl of the crimes, falsehoods, and geopolitical manipulation detailed in the Pentagon Papers is reduced to a flurry of tossed-off dialogue bits that are given no context. Vietnam itself is featured in a clipped opening sequence that fails to underline the gravity of one character’s statement that nothing there has changed over the course of so many years. The movie’s conflict, between Richard Nixon’s administration and the New York Times and the Washington Post over their right to publish the Pentagon Paper revelations, is almost elemental in its vagueness instead of feeling grounded in history. (This is another thing that some may view more positively, though they’ll likely call it “archetypical” or “mythic” instead of vague.)

Spielberg remains an effortless pro. This is not him working in any major key, but he’s still invested in every frame, consistently knowing how to keep even the non-flashiest stuff interesting, and the cast is all-solid; this is Hollywood filmmaking at its most purely competent, similarly about capable people doing their jobs well. It’s with deviations from the actual work of journalism, straying too far into people’s irrelevant personal lives or high-minded posturing, that the movie becomes dull, aggravating, or both.

Liz Hannah and Josh Singer’s script wants to have big speeches about the nobility of journalism as an instrument through which those in power are held accountable, but also wants to be honest about how Washington Post owner Kay Graham (Meryl Streep) and executive editor Ben Bradlee (Tom Hanks) were both personal friends of presidents whom the Papers showed were complicit in the long coverup. The best the film can do to resolve this contradiction is to have Hanks say, in his authoritative and fatherly way, “Well, it can’t be that way anymore.” This is a dodge, a brushing off of larger questions raised by media elites’ chumminess with politicians. That the mainstream media has far more often been the accomplice of the powerful than its antagonist is ultimately elided. (Just look at how the Times and Post ran the party line on Vietnam up until that point, or how they cheered the U.S. into Iraq decades later.)

One would think that Daniel Ellsberg (Matthew Rhys), the military analyst who undertook an honestly daring mission to covertly copy the Papers’ thousands of pages and then leaked them to the press, would make the most natural protagonist here. Failing that, the Times reporters who spent months working on the story and broke it would seem the best fit. But The Post makes Graham the center of the story, even though her only significant role in it is giving the go-ahead for her outlet to publish its own findings on the Papers, in opposition to Nixon’s injunction against the Times. A heroic act, to be sure, but it hardly justifies the many scenes of Graham either hobnobbing with D.C. high-society gargoyles or negotiating with her company’s executives over business whatevers.

Graham’s memoir formed the original basis for the screenplay. As a result, the film contorts itself not only to make her central to much of the action (despite the fact that the actual work is being done by the journalists beneath her), but also to position her, a person born into wealth and privilege and having inherited her job as owner of the Post, as some kind of underdog with the most to lose if Nixon triumphs. This is a film that talks up the rights of the public while only showing “the public” in the form of crowds of cartoonish protesting hippies. (The famous chant “One, two, three, four, we don’t want your fucking war!” is changed to say “stinkin’ war,” because only grizzled journos cracking a story wide open get to be abrasive.)

But The Post was originally written in anticipation of opening under a Clinton presidency. Instead it’s under Trump, so the material about Graham struggling to weather expectations as a female leader and the heavy-handed speeches about free speech and the Importance of Journalism take on an entirely new tenor. It wouldn’t be surprising if a few more arch pieces of dialog about decency and norms were added in reshoots, just to yell the rallying cry louder. Thanks to opportune subject matter and inopportune timing, it’s the first movie of #TheResistance.

Yet the fact that plenty of hugely damning things have already come out against Trump without stopping him suggests that good journalism isn’t going to be enough. It wasn’t even what unseated Nixon. (That required a strident oppositional force in Congress, which we certainly don’t have today.) Nixon and his administration escaped any real punishment for their monstrosities, anyway – as has every other president that has ever served. The more you interrogate the premises underlying The Post’s themes, the more they disintegrate. The daunting fact is that only mass movements truly change society for the better. But that’s a messy process with a lot of depressing history built in, and not ideal for narratives catering to prim liberal sensibilities.

Anyway, congratulations in advance on its Oscar wins.