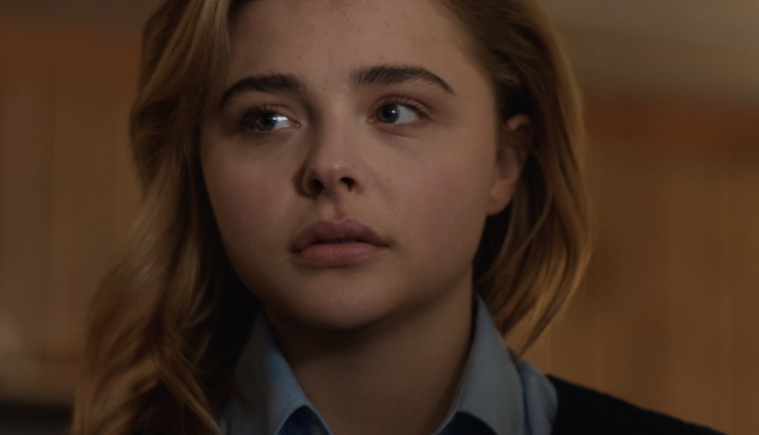 On her prom night, Cameron Post (Chloë Grace Moretz) gets caught making out with her high school girlfriend in the parking lot, resulting in her parents sending her off to God’s Promise, a gay conversion therapy camp. Featuring weeks of religious gaslighting in which those in charge not only you tell you the desires of your heart are immoral, but homosexuality itself doesn’t even exist, The Miseducation of Cameron Post explores this specific experience. The latest film from Desiree Akhavan (Appropriate Behavior), based on Emily M. Danforth’s novel, FilmRise has now debuted the first trailer.

“There’s a smart sense of both humanity and humor that helps to undercut the inherent lunacy that is the foundation of the camp, especially felt in Lane and Goodluck’s performances,” I said in my review. “Pairing well with another Sundance premiere Come Sunday, which preaches the inclusive embrace at the heart of Jesus’ message, A Miseducation of Cameron Post shows the dangerous progression when conservative religious doctrine gets conflated with righteous indignation. While it doesn’t land with as much impact as it should, the contradictory, heart-numbing effects of such a dehabiliting program are conveyed with a keen sense of nuance by Akhavan.”

From writer/director Desiree Akhavan and based on the celebrated novel by Emily M. Danforth, The Miseducation of Cameron Post follows Cameron (Chloë Grace Moretz) as she is sent to a gay conversion therapy center after getting caught with another girl in the back seat of a car on prom night. Run by the strict and severe Dr. Lydia Marsh (Jennifer Ehle) and her brother, Reverend Rick (John Gallagher Jr.)—himself an example of how those in the program can be “cured”—the center is built upon repenting for “same sex attraction.” In the face of intolerance and denial, Cameron meets a group of fellow sinners including the amputee stoner Jane (Sasha Lane), and her friend, the Lakota Two-Spirit, Adam (Forrest Goodluck). Together, this group of teenagers form an unlikely family as they fight to survive.